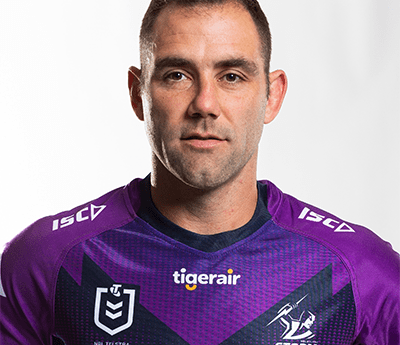 Cameron was appointed General President of the RLPA at the 2017 AGM, taking over from current CEO and former Melbourne Storm teammate Clint Newton.

A recognised leader both on and off the field, Cameron captained Australia and Queensland before his retirement from the representative area and most recently lead the Melbourne Storm to the 2020 premiership.

Cameron has broken numerous records throughout his career – including being the only player in history to surpass 400 NRL games. He is also the highest pointscorer in NRL history, surpassing Hazem El Masri’s record of 2418 points in 2019.

Cameron resigned from his role as an RLPA Director at the 2018 AGM, however will continue as General President of the Association and be involved at board level. He is passionate about the game and believes it will grow and prosper if players are engaged in decisions that affect Rugby League at all levels.