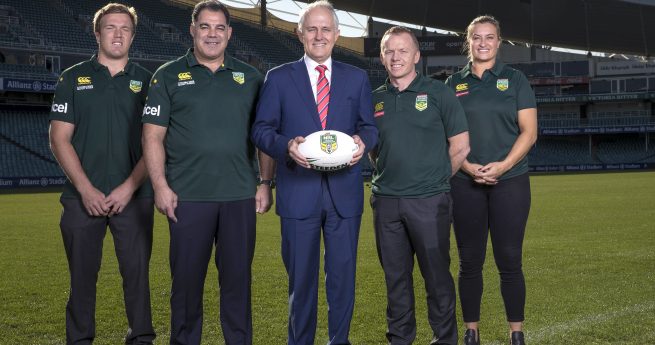 The Players’ Champion winner James Tedesco has been named at fullback for the Australian Prime Minister’s XIII side to take on Papua New Guinea in Port Moresby this Saturday (23 September).

Manly Sea Eagles flyer Tom Trbojevic will make his senior representative debut in the game, while Wests Tigers prop Aaron Woods will captain the side for the first time.

“I’m absolutely delighted with this team. We’ve chosen the best available players in each position with fifteen of the eighteen players having represented their State already,” Meninga said.

“To get these guys together so close to the Rugby League World Cup is a real coup for our preparations, which will really kick into gear following the NRL Grand Final.

“Some of them have been fortunate enough to have already experienced playing in PNG, but for the new guys, it really is something to cherish. There’s nothing else quite like it.

“I’m looking forward to seeing how everyone gels together in a short timeframe and handles the occasion.”

Six to debut for Jillaroos