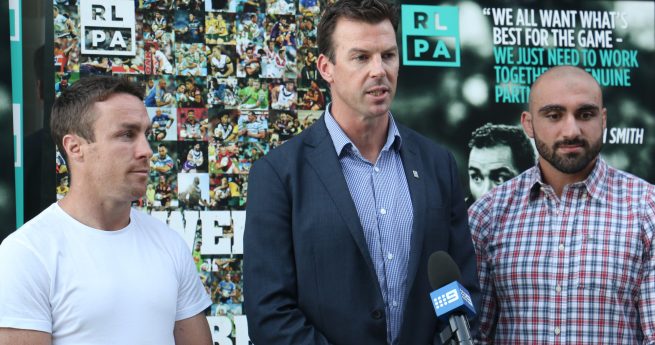 RLPA CEO Ian Prendergast will take part in the Vinnies CEO Sleepout this Thursday, June 22 at the Sydney Cricket Ground.

The night aims to raise both awareness and funds for people affected by homelessness, with currently 364 CEOs registered to take part in the Sydney leg of the ‘sleepout’.

Mr Prendergast has committed to take part in the night and is collecting donations for the great cause on his page.

Donate to RLPA CEO Ian Prendergast’s page by clicking here and help the fight against homelessness.

About the Vinnies CEO Sleepout:

The Vinnies CEO Sleepout began as a local community venture in Sydney’s Parramatta in 2006, the brainchild of a local business leader, Bernard Fhon, Managing Director of Tactical Solutions.

With the help of Vinnies, business associates, volunteers and his family, Bernard held the inaugural event on 21 June 2006 at Sydney Olympic Park.

In 2013, some regional events were also added in NSW in Wollongong and Newcastle. With over 1,000 participating business leaders, the event surpassed the $5.3 million fundraising mark.

In 2015, the event celebrated a milestone with its 10th anniversary.

Every dollar the Vinnies CEO Sleepout has raised helps provide crucial assistance to people experiencing homelessness,  with the aim of breaking the cycle of homelessness.

In 2017, the reality is that whilst we should celebrate all that we have achieved together, we must also remember that so much more still needs to be done.