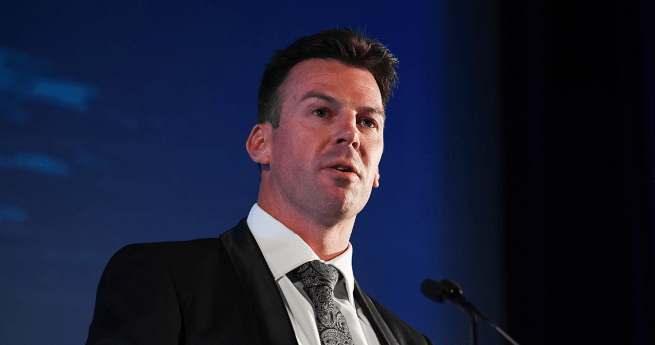 Prendergast has led the RLPA for the past four years as CEO and Managing Director, building a strong Association and securing a number of significant outcomes on behalf of players during his tenure.

Prendergast will officially depart the RLPA in April 2020 but has made the announcement now to allow for a smooth transition of leadership.

Prendergast has accepted a new role in Melbourne next year, with the move to his home state of Victoria allowing both he and his young family to be back closer to their relatives.

RLPA Chair, Dr Deidre Anderson, congratulated Prendergast on the enormous contribution he has made to advancing the interests of players and the game during his time in the role.

“Ian has been an exceptional leader of the Association and has worked tirelessly to shape the RLPA into the professional organisation we see today,” Dr Anderson said.

“What he has achieved over the past four years cannot be understated, highlighted by his successful negotiation of the Collective Bargaining Agreement that delivered a comprehensive suite of benefits and minimum standards.

“The deal has positioned players as genuine partners in the game – underpinned by the game’s first revenue sharing arrangement and committee-based structures which ensure players have a seat at the table.

“Ian’s sound strategic direction, genuine passion for the role, courage and values-based leadership will certainly be missed and we wish him and his family the very best in the future.”

As well as the landmark 2018-2022 CBA deal that improved employment standards for players, other notable achievements during Prendergast’s tenure include:

Prendergast has also been a strong advocate for ensuring the RLPA is genuinely player-driven, developing a strong Player Delegate structure across NRL clubs and establishing the Player Advisory Group – encouraging leading players to contribute to the Association as the representatives of their peers and helping develop them as future leaders of the game.

Reflecting on his four years with the RLPA, Prendergast said he was sad to be leaving but was extremely proud to have led the Association at such a pivotal time.

“When I joined the RLPA as CEO in 2015, I set myself a goal of building a strong and respected Association that could properly represent the interests of its members” Mr Prendergast said.

“I’m really proud of what the team and our members have achieved and believe the RLPA is in great shape.

“This wasn’t an easy decision for me to make as I have thoroughly enjoyed my time working with such a dedicated team at the RLPA and the strong connection I have formed with our members.

“Having worked for players over many years in both the AFL and now Rugby League, I will always have a strong connection with the interests of athletes and be a firm believer in the player association movement.

“However, I’ve decided to take on a new opportunity in Melbourne next year as I believe the time is right to make the move back home – particularly to be closer to our extended family.

“I remain absolutely committed to the Association and will work through a six-month transition period.

“Amongst other things, we need to finalise the ongoing CBA dispute with the NRL and better align the players’ interests with the game before my departure, and I will also assist with setting up the Association’s future leadership structure.

“There are many people who I would like to thank for their support and friendship during my time at the RLPA, which I look forward to doing personally over the coming months.

“I will leave knowing the RLPA is well positioned to represent its members into the future and wish the RLPA, our staff, advisors, and all members the very best.”

The RLPA Board will now commence the process of establishing its new leadership structure and recruiting for a Chief Executive Officer.

RLPA team support Pass it On...