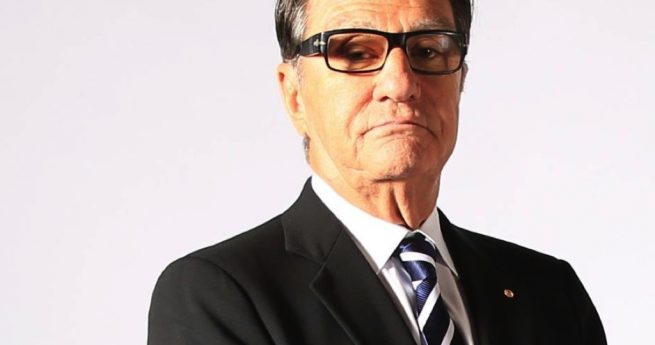 Sydney Roosters Chairman Mr Nick Politis AM has been awarded Life Membership to the New South Wales Rugby League for his service to the Game.

Mr Politis has provided an extended period of outstanding service to the game, most notably as Sydney Roosters Chairman and Director since 1993 and Member of the Board of NSWRL from 1996-2000 and from 2013 to date.

“Nick Politis has made a unique contribution to Rugby League as a supporter, sponsor, Director and Chairman of the Roosters, and as a Director both of the Australian Rugby League and NSWRL,” NSWRL Chairman Dr George Peponis OAM said.

“Nick thoroughly deserves his Life Membership of NSWRL as recognition of what he has contributed to our game and our organisation.”

Mr Politis’ 40-year involvement with Rugby League extends beyond the Roosters and NSWRL. He was a Member of the Board of Australian Rugby League and NRL Partnership Committee for three and 14 years respectively.

In 1976, he set the precedent when he became the first jersey sponsor in Australian sport. As a major shareholder in City Ford, Mr Politis paid $50,000 to have the business name branded on the Eastern Suburbs jersey.

Mr Politis was awarded the Member of the Order of Australia (AM) in 2014.