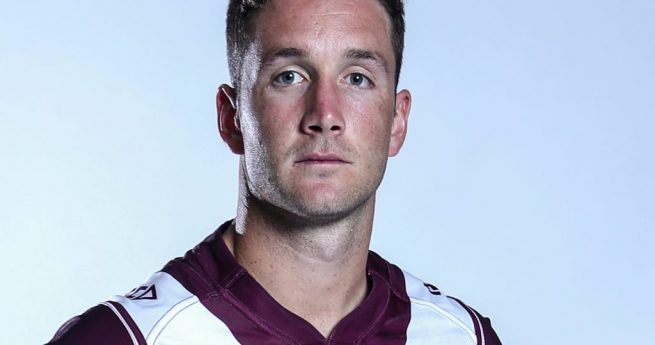 Utility back Tim Moltzen has today announced his retirement from Rugby League due to further complications with an ongoing knee injury.

Signed by the Manly Warringah Sea Eagles late last year on a one year contract for 2016, the 27-year-old has battled a recurring chronic knee injury that had plagued him at his former club, Wests Tigers.

Moltzen represented the Sea Eagles in the Auckland Nines tournament and was playing well in the Intrust Super Premiership competition before being struck by injury.

The former full-back, five-eighth and half-back played 90 NRL matches for the Wests Tigers from 2008-13, scoring 39 tries in a career that was severely hampered by injury.

“The medical advice I have received is that for my own quality of life and to enjoy being active in the future with my own children, the best decision for me is to retire,’’ Moltzen said.

“As much as I want to keep on playing, the truth is my body is now nowhere near where it was when I was playing my best footy.

“I would like to thank Trent Barrett, the Manly coaching staff, my team-mates, and the Manly administration for sticking by me, and giving me the chance to prove myself, both mentally and physically. Their faith in me has meant the world.

“It is very disappointing at 27 to call it a day and by no means was it an easy decision. It was definitely not something I wanted to do, but it is something I have been forced to do.

“It has been a bitter pill to swallow. The hard truth is there is nothing I can do. The cards have been dealt this way.

“Although it hurts, by no means am I disappointed with the journey I have been on in Rugby League because it has introduced me to some wonderful people who I would never have met.

“I have made some great friendships and I will be speaking to them long after footy. I’d like to thank my wife, Ashleigh, my family, close friends, and supporters who have always stuck by me through the good and the hard times.”

Sea Eagles Coach Trent Barrett said Tim had made a strong impact at the Club in such a short time.

“I was really happy to give Tim an opportunity to come to Manly and to get his career back on track,’’ Barrett said.

“Unfortunately, Tim has been struck by the injury curse again but he should be very proud of what he has achieved in his career.

“Tim is certainly more than welcome in and around our Club. He is a terrific guy and is very well liked and respected by all at Manly.”

“After participating successfully in the Nines in the preseason, the whole Club was really looking forward to seeing Tim get back to full fitness this season,’’ Mr Kelly said.

“Tim and our medical team have worked tirelessly towards this goal.

“It is so unfortunate that Tim continues to be troubled by this chronic knee injury and has subsequently had to call time on his career today.

“Tim will not be lost to the Sea Eagles family for the remainder of the year and we look forward to him actively participating within our Community Department. We wish Tim all the best with his future endeavours”.