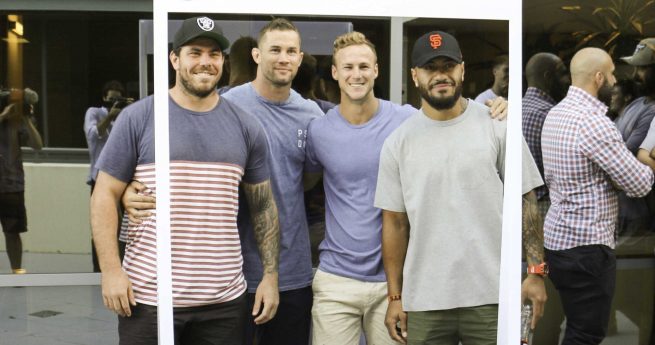 In a show of solidarity and strong engagement with their Association, over 100 player representatives from NSW based NRL Clubs were in attendance, with the number exceeding 200 when Players from interstate joined the meeting via video link.

The Players acknowledged the significant contribution of Clint Newton who stepped down as General President after leading them through a number of challenging times during his term. Clint will continue in his current role as General Manager of Player Relations.

Australian Captain, Cameron Smith, was appointed as the new General President of the RLPA with the following members voted on to the Association’s Board:

“This is a very important period for the playing group. We have the opportunity to do something very special together – to move the game forward and take it to places where we have never been before. Not only for ourselves, but for future players, including those currently playing at grassroots, and to make it an even better experience for the fans and everyone involved in our great Game.”

Players also received a briefing on the status of the CBA negotiations and provided the Association direction leading into an important phase of the process.

“It was an incredible show of support for their Association and demonstrates just how committed Players are to the future of the Game, which gives everyone involved a lot of confidence” said CEO, Ian Prendergast.

RLPA Board member, Tim Mannah, said “having been a Board member through some challenging times recently, it’s really exciting to have so many high calibre people leading the Association and Players truly driving the approach. This Game can be anything if we work together, but there needs to be a genuine commitment from all parties for that partnership to be successful.”

The Players are now focused on ensuring the RLPA continues to negotiate the next CBA in good faith with the NRL to deliver a deal that recognises their value and contribution, whilst setting Rugby League up for the future.

Premiership Player and RLPA Board member, James Maloney, said “Players have never been more committed to working with the NRL and Clubs than they are at the moment. They are really united in their support of the RLPA’s approach. As a Board member, that’s great to see. Today’s meeting clearly showed that, especially with Cam stepping up as General President. Now it’s about making sure we lock in a fair partnership under the next CBA.”

RLPA CEO, Ian Prendergast, said “We received a strong mandate from Players to continue working towards delivering a fair CBA. However, they understand this will require a step change and that a number of different areas must be addressed for this to occur. So, whilst we will seek to complete the process in a timely manner to deliver certainty for the industry, Players have  indicated their preparedness to remain patient throughout to secure a genuine partnership with the NRL and Clubs.”

“On behalf of everyone involved wiht the RLPA, I’d like to thank Clint Newton for his enormous contribution during his time as General President and welcome Cameron Smith into the role together with our new Board members. It’s a privilege to work with such impressive people and I’m excited about working for Rugby League Players through this important period for both Players and the Game.”