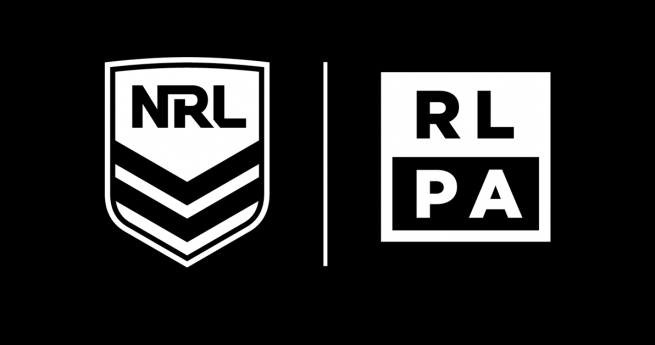 The Telstra Premiership is a step closer to resuming on May 28 with the NRL and the RLPA finalising agreement on the major components.

After an education day on biosecurity measures yesterday, the playing group has confirmed their commitment to returning to official training tomorrow and approved a pay deal in readiness for the resumption of the Premiership.

Playing squads will officially commence training in compliance with the National Principles for the Resumption of Sport and Recreation Activities Guidelines tomorrow.

Australian Rugby League Commission (ARLC) Chairman Peter V’landys AM said the return to training and the resumption of the competition was a momentous landmark for fans and players.

“It is full steam ahead for the resumption of the competition on May 28. All eyes will be on the NRL as the only live sport on television. There will never have been more interest in rugby league than on May 28,’’ he said.

“Rugby league is part of the social fabric of so many communities. In these difficult times it will provide a tonic for so many seeking a form of normality during a period where nothing is normal.”

Mr V’landys thanked the players for the sacrifices they had made for the competition to resume.

“We said from the start we are all in this together and our players have proved that. Many of them are making significant sacrifices for the competition to re-start and that is not lost on anyone.”

“The New Zealand Warriors and the Melbourne Storm have had to leave their homes and their families and on behalf of all rugby league fans we thank them for that and we thank all players who will be living with stronger restrictions than current government health orders.

“We will continue to communicate openly with our players.”

The RLPA today confirmed Monday’s Apollo Protocols education day was well received by the players and that players and clubs are today working through individual circumstances of players with a commitment for official training to resume tomorrow.

The RLPA also confirmed the players had agreed to a pay deal which will see players guaranteed 80 per cent of their contracted payments for the 2020 season.

RLPA chief executive Clint Newton said the players were committed to the May 28 start date.

“Our players are committed to bringing our sport back to the community. They have been asked to step up during these unprecedented times and their response shows their persistence and resilience,’’ he said.

“The induction day yesterday was very important. Like many in our community, players will have changed domestic arrangements and an added weight of responsibility with time away from family and reduced payments – but one thing that won’t be impacted is their effort on the field and their commitment to the game and its fans.”

Mr Newton thanked Mr V’landys and the playing group for the speed in which the play was finalised.

“We worked through arguably the fastest and most collaborative process in the game’s history to secure clarity and clear direction for the industry and our members,’’ he said.

“We set a new standard which should become the hallmark for our industry which will give us the best chance to build a more sustainable and solid foundation for the game’s future.”

“Already we have seen several players with very mild symptoms sent for testing, this shows how seriously the clubs are taking our biosecurity protocols. Our players will be safer in the rugby league environment than they would be in the regular community,’’ he said.