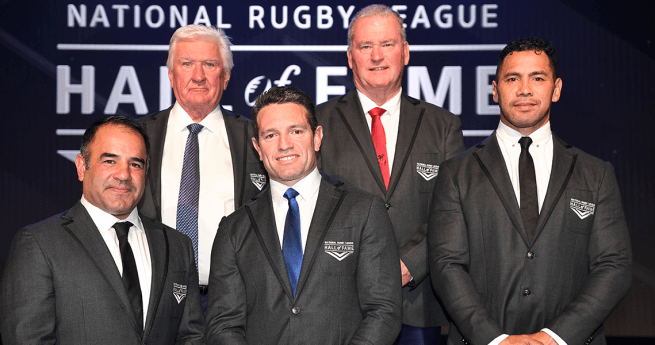 The NRL inducted four Players and three Contributors to the Hall of Fame last night in a ceremony at Carriageworks in Redfern.

Jones played 261 games for the Warriors over 12 seasons and appeared in 48 Tests for New Zealand.

Wiki, a member of the ‘300 Club’ was a stalwart for both Canberra and the Warriors over a 16 season-career – representing New Zealand on 55 occasions.

Buderus has a long list of achievements from his illustrious career with the Newcastle Knights – including the 2001 premiership win, 24 Tests for Australia and 21 games for New South Wales.

The RLPA would like to congratulate those inducted into the NRL Hall of Fame last night.

Detailed facts and figures on all seven of the 2019 inductees are available here.

For more information on the NRL Hall of Fame and Immortals, please visit nrl.com/hall-of-fame/

Sutton to retire at season end