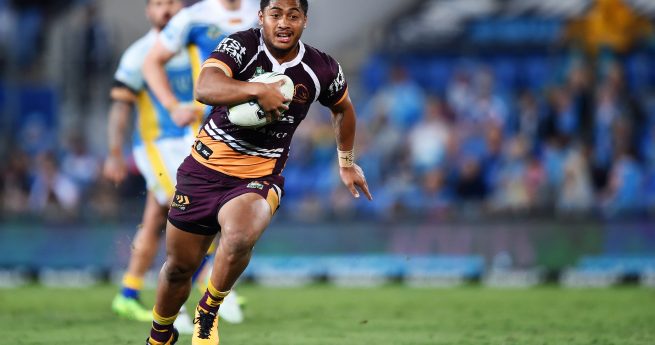 The Rugby League Players Association (RLPA) has named the Top 23 Finalists for The Players’ Champion, which will be held at The Star on Tuesday, September 12.

As revealed on the NRL Footy Show last night, the star-studded group of Finalists will all be vying for The Players’ Champion; which celebrates the world’s best Rugby League player, as voted by NRL players.

Adding to the excitement of this year’s event is that for the first time ever, The Players’ Champion will be shown live and free on 9GEM.

Channel 9 personalities Erin Molan and James Bracey will host the evening, with a range of awards to be presented that recognise the performance of players across all areas of the game.

Rugby League Immortals Wally Lewis and Andrew Johns will also present awards on the night, along with a host of other high-profile sporting personalities who will be in attendance.

The entertainment will include DJ Sal Morale (USA) and the return of The Stafford Brothers – who were one of the highlights of last year’s successful event.

“The Players’ Champion was re-imagined last year to deliver a celebration that reflects the great achievements of Players across the game,” RLPA CEO, Ian Prendergast, said.

“As the professionalism of our members drives incredible performances on-field, it’s important that we take The Players’ Champion to another level.

“Broadcasting the  event live on 9GEM is a perfect opportunity to showcase the significance of this event to Rugby League Players.

“This is truly a peer-voted award, which is why The Players’ Champion is held in such high regard by Players.

“The list of 23 Finalists for 2017 season includes some of the game’s biggest names such as Cameron Smith, Billy Slater and Sam Burgess – it’s an exciting group of players and voting is closer than ever.”

The NRL’s Wellbeing and Education awards will also be held on the night, with winners in the categories of Academic, Indigenous and Pasifika set to be acknowledged for their important contribution throughout 2017.

The Top 23 Finalists for #ThePlayersChampion: