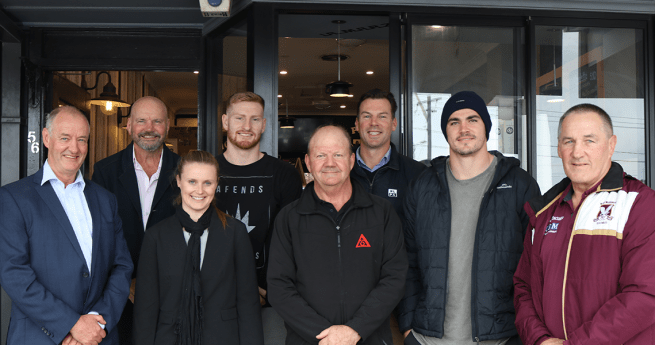 The RLPA joined the visit to help launch its new partnership with the Men of League Foundation – aiming to highlight the incredible support the organisation offers – with the meeting also bringing together two generations of Sea Eagles players.

Randall, who played 208 first grade games for the Sea Eagles and represented New South Wales and Australia, is a Men of League Foundation member and caught up with representatives from the organisation at the Roasted Empire café on the Northern beaches.

RLPA members Boyle and Parker are both current NRL players with the Sea Eagles – with the pair putting their hand up to come along to the meeting.

Randall was also listed as an initial player representative of the RLPA when it was established in 1979 – with the Association set to launch its 40th Anniversary celebrations throughout the coming months.

The joint visit marked the beginning of the new partnership between the RLPA and Men of League Foundation – with the two organisations pairing up to raise awareness and promote the assistance that is available to the rugby league community.