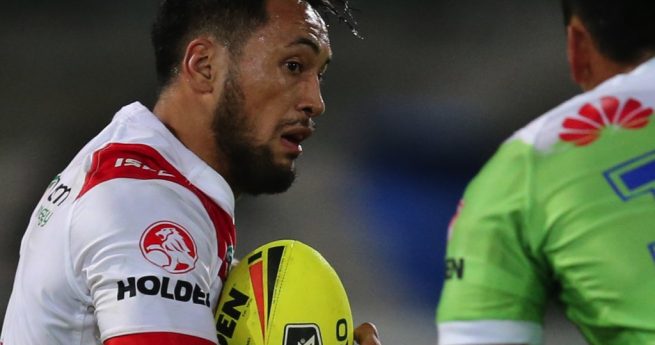 St George Illawarra Dragons NYC team captain Patrick Herbert has re-signed with the Club through until at least the end of 2018.

The versatile Young Dragons captain, who can play on the wing or in the centres, is in his second season playing rugby league but impressed enough to be invited to train alongside the first-grade squad during the 2016 pre-season.

Herbert, 19, who has scored nine tries so far this season, was most recently selected into the Junior Kiwis team (2016) and is looking forward to continuing his development at the Club.

“I come from a rugby union background and the Dragons were the team I joined when I made the transition to rugby league so it was an easy decision to make when the time came to re-sign,” said Herbert.

“I am happy with the way my footy is coming along and that’s down to the development and guidance being shown to me as well as getting the opportunity to train with the first-grade team during the pre-season.”

“Patrick is an exciting young player to watch and it is another positive sign to have him decide to continue his development here at the Dragons,” said Millward.

“He has improved by leaps and bounds playing rugby league in the short time he has been involved in the game and that was reflected by his selection into the Junior Kiwis earlier this season.

“Patrick is a very enthusiastic and hard-working young player who has a very positive future here at the Club.”