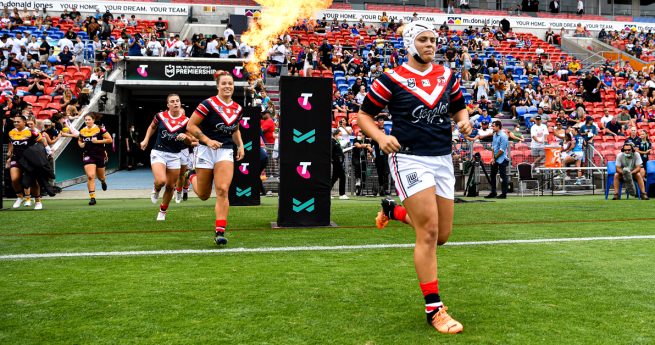 This is a joint press release from the senior leaders of the RLPA’s Women’s Player Advisory Group and NRLW Club Delegates.

The RLPA’s Women’s Player Advisory Group (WPAG) and Club Delegates welcome the important changes made to the NRLW contracting and salary systems after countless hours of advocacy and negotiation.

The WPAG acknowledges these changes as an important step forward, and a crucial new step on the path we are forging toward professionalism.

The WPAG and RLPA support the marked improvements to the Women’s game approved by the Australian Rugby League Commission and announced by the National Rugby League today. These improvements are an acknowledgement of the entire women’s playing group and their determination to improve their employment security and lay the foundations for professionalism, which is our next critical milestone.

Lina Caccamo, the RLPA’s General Manager of Elite Women said: “NRLW players are skillful, strong and competitive athletes that deserve the recognition improved contractual terms provide, as well as their security. On top of their skill on the field, they deserve these changes because of the time they give to their elite playing careers and their commitment towards making rugby league the premier team sport for women in Australia and New Zealand.

“These are deserved outcomes for how the playing group prepares for matches, how they represent the NRLW, promote the game of Rugby League, and how they continue to stand firm for the rights of current and future players. They are also deserved outcomes for the sacrifices they all make to play, and the dedication and skill they show on the field.”

The changes to the NRLW contracting system and salaries are:

RLPA Director and WPAG member Hannah Southwell said “The future of women’s rugby league in our region is very bright. There is so much talent playing and coming through, all of which has been underpinned by the sheer will power of the players to secure better terms and conditions.”

“The RLPA is the players. Our leadership structure and the RLPA have worked hard to fight for these improvements to our employment, and the strength of our collective unity has gotten the changes over the line.”

WPAG Leader Chelsea Lenarduzzi said: “The changes announced today are a step in the right direction for Women’s Rugby League. There’s still a long way to go but progress like this is a great indicator of things to come.”

WPAG Leader Krystal Rota spoke of her pride in contributing to the outcomes announced today and representing her fellow players.

“We worked hard as a collective to get everything over the line and we’re excited to continue to push for advancements within the CBA.”

Ms Caccamo said these salary improvements and contracting adjustments will help give all the players more stability and certainty in their lives.

“The vast majority of NRLW players are part-time athletes, and the wages they earn from playing rugby league only supplements their other incomes,” said Lina Caccamo.

“Players sacrifice their regular jobs, study and time with their families to commit most of their week to playing NRLW, and in many cases only earning $500 per week.”

“These changes go a long way to giving the players the flexibility to have more certainty in their immediate playing careers. The changes also give them a bit more financial security in return for the time and effort they put into their NRLW careers and promoting the game.”

Rugby league is the only major code in Australia to not have a CBA for their women’s competition, despite the success of the NRLW product on and off the field. The Women’s Player Advisory Group and playing group are excited with these short term enhancements to their employment with the NRL, but to keep growing our game the players need secured terms and conditions for the longer term.