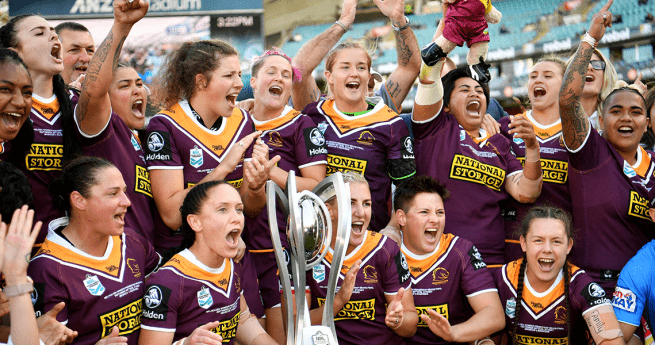 The NRL has today announced two matches in the NRL Holden Women’s Premiership 2019 will be standalone fixtures, separate to the men’s NRL Telstra Premiership Finals, for the very first time.

The New Zealand Warriors will host the inaugural standalone fixture in Round Two of the NRLW season on Sunday 22nd September, before St George Illawarra Dragons take on Sydney Roosters at Leichhardt Oval in Round Three.

The final draw and venues, including which team will make the trip to New Zealand to face the Warriors in Week Two, will be released at the conclusion of Round 25 of the 2019 NRL Telstra Premiership season on Sunday 8th of September.

“On the back of another hugely successful Women’s State of Origin game, this evolution of the competition allows fans to have more Women’s Rugby League as its own event and more certainty around when and where games will be played.

“Sydney fans can revel in the local derby between the Dragons and Roosters at a ground steeped in Rugby League history in Leichhardt Oval, while the Warriors reduce their travel demands and can play in front of a home crowd for the first time when they host at Mt Smart Stadium.

“Defending champions Brisbane Broncos will feature in double headers with men’s NRL finals matches, which with the likes of Melbourne and Canberra currently in the top four, has the potential to showcase the women’s game outside NRLW’s current footprint.

“The standalone initiative is putting value on the NRLW product and shows our commitment to growing Women’s Rugby League and ensuring it stays at the forefront of women’s sport in the country.”

Tickets will be on-sale for the two historic standalone fixtures from Monday 19th August from NRL.com/tickets, with free entry for kids under 15 and adults tickets just $10.

“We’re immensely proud being one of the competition’s foundation clubs and to now have our team playing at home for the first time is hugely significant.

“We’ll be working really hard to make it an occasion to remember and we encourage our members and fans to come out in force to support the event.”

Inner West Mayor Darcy Byrne welcomed the standalone game at Leichhardt Oval, saying it was a great showcase to encourage more women and girls to get involved in active sport.

“We want to see more girls and women – who are by and large under-represented in organised sport – enjoying the health and social benefits that participation in team sports can bring.”

He added Council has also invested heavily in attracting top flight sport to the ground.

“With all the improvements we have made to Leichhardt Oval, the playing surface is in excellent condition and is ready to host first-class footy,” said Mayor Byrne.

More fans than ever before will have the ability to watch NRLW games with an increased number of NRLW matches being be broadcast live on primary channel coverage (NINE) across the competition in 2019.

All matches of the NRL Holden Women’s Premiership 2019 will be broadcast live on the Nine Network (NINE/GEM), Fox League, SKY NZ and on NRL Live Pass.