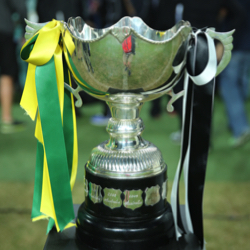 Australian and New Zealand representatives will commemorate one of rugby league’s fallen warriors when they line up in the ANZAC Test.

The Man of the Match recipient will be awarded the medal in honour of Charles Savory, the New Zealand international who died at Gallipoli.

ARL Commission Chairman John Grant made the announcement at the ANZAC Test lunch at the Sofitel Brisbane today, which was attended by the Holden Kangaroos, the Kiwis, the Jillaroos as well as the NZ Kiwi Ferns.

“As part of our desire to commemorate the ANZAC Centenary appropriately, Charles was a fitting choice for this honour.

“He was a New Zealand international who was one of four Kiwis to join the 1911-12 Australasian team for the Kangaroo tour of Great Britain.

“He was also a baritone singer and the heavyweight boxing champion of New Zealand in 1914 when war broke out.

“Charles put all that behind him to serve in World War I and was killed not long after arriving at Gallipolli.”

NZRL chairman Garry Fissenden said it was entirely appropriate that Savory’s legend be honoured in such a tangible way.

“He was certainly one of the most colourful characters in the history of our game, and his story is one that will resonate with Kiwis and Aussies alike,” said Mr Fissenden.

“While the rivalry between our two countries is always fierce, Charles Savory’s example reminds us that we also have played and fought alongside each other over the years, as staunch allies.”

Mr Grant also announced that the NRL and NZRL would donate $1 from every ticket sold for Friday’s ANZAC Test to the RSL in Australia and the RSA in New Zealand.

Tickets for the ANZAC Test will range  from $30 for adults and $80 for families.  This includes curtain raisers between the Australian Combined Armed Services and NZ Defence Force, as well as the Jillaroos and Kiwi Ferns.