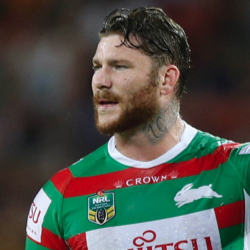 Queensland State of Origin representative Chris McQueen today agreed to join the Aquis Titans for the next two seasons after South Sydney Rabbitohs released him from the final year of his contract.

The 28-year-old forward, who played five games for the Maroons in 2013-14, will join the squad at training on Monday.

McQueen, who hails from Kingaroy, said he was excited at the prospect of joining a developing young squad at the Titans and returning to Queensland.

“I’m really excited to come back to Queensland and take the opportunity to play a senior role with the Titans who I think have a good developing young squad,” McQueen said.

“My time at Souths was special, culminating with a premiership. They gave me a chance and stuck with me through a tough period with a knee injury and I have made some great friendships there. But I understand it’s a business now and really excited about this opportunity.

“I still feel I have my best football in front of me and this a fresh challenge after eight seasons with Souths and I can’t wait to meet the boys next week and rip into pre-season training with them.”

Aquis Titans head coach Neil Henry said a player of McQueen’s credentials will add further strength to the Titans squad which is developing a good mix of youth and hardened NRL and representative experience.

“Chris is still 28 and has won a premiership and played State of Origin and I know how keen he is to have an impact with us,” he said.