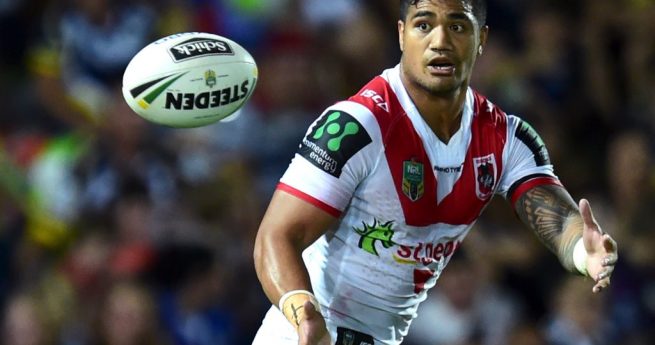 Utility back Peter Mata’utia has signed a contract that will see him return to the Newcastle Knights for seasons 2016 and 2017.

Mata’utia made his NRL debut playing for the Knights in 2011 before signing with the St George Illawarra Dragons in 2014.

The Dragons announced on Wednesday morning they granted the 25-year-old a release, which allowed Mata’utia to sign with the Knights.

“Peter is a local junior who we are bringing home, and that is important,” coach Nathan Brown said on Wednesday afternoon.

“More importantly he is a left centre, which is something we have been looking for.

“Peter is a good, consistent first grade player and he will help enhance our young developing players.”

Mata’utia, who reunites with younger brothers Chanel, Pat and Sione at the Club, will train with the Knights for the first time on Friday morning.

The Club would like to thank the Dragons for working through this process and granting an immediate release.

Mata’utia made his first-grade debut for the Dragons in round 10 of the 2014 campaign against the Parramatta Eels and made 25 appearances in total.

Greater pathways for women in...