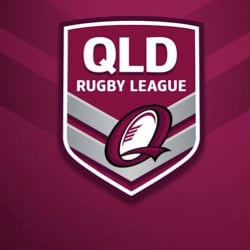 Cooper is scheduled to arrive in Sydney tomorrow morning and will join the Maroons squad for the Captain’s Run at ANZ Stadium.

Maroons coach Kevin Walters said it was a terrific reward for the premiership-winning back-rower.

“Gavin has been a consistent performer for the Cowboys for a number of years now and this opportunity shows just how close he is to wearing a Queensland jersey,” Walters said.

XXXX Queensland Maroons coach Kevin Walters has today named two debutants in his 17-man team for Game I of the Holden State of Origin series.

Corey Oates will become the 183rd player to represent Queensland at Origin level and Justin O’Neill the 184th  when the Maroons take the field at ANZ Stadium on June 1.

QRL TV’s Peter Psaltis spoke to the Queensland coach on Day 1 of Maroons camp about the debutants – Justin O’Neill & Corey Oates, club form and the job ahead for his team.

Players add their voice to...