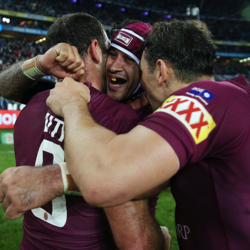 The Queensland selectors have named the XXXX Maroons team for the second State of Origin game being played in Melbourne at the MCG on Wednesday 17 June.

The Maroons go in one game up in the best of three Series after they defeated the NSW VB Blues in the opening game at Sydney’s ANZ Stadium.

Daly Cherry-Evans returns to the side after missing the opening match in Sydney due to a shoulder injury. Queensland will be without the services of Cooper Cronk, who will be sidelined for three to four weeks with a knee injury.