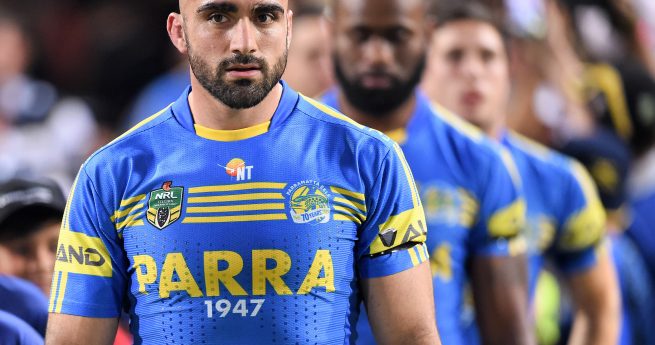 RLPA Board Member Tim Mannah talks about the Players’ role in a record-breaking State of Origin series:

As a Board member of the Rugby League Players Association, I sat back and admired the recent State of Origin series last week. The players on-field performance was next level.

The performances of the Players have once again proven to be of enormous value to the sport, with the deciding State of Origin fixture achieving record-breaking commercial results.

State of Origin Game III peaked at 4.178 million viewers nationally, as it overtook the Australian Open Men’s Final as the most-watched television show in 2017.

Live sport continues to be the most popular realty TV of our time!

Not only were the television ratings strong, the 52,540 fans who attended Brisbane’s Suncorp Stadium set a new ground record at the sold-out decider.

Rugby League Players also helped facilitate new initiatives to add value to the game’s broadcast, with players from both sides wearing GPS devices in their jerseys to provide the data used through the Telstra Tracker.

It’s exciting initiatives such as the Telstra Tracker that we are eager to work alongside the NRL with in the future – in order to help the game prosper.

As players, we also believe there is more we can do to help promote the game in the future through taking a more coordinated and innovative approach with the NRL, clubs and States.

Both Queensland and New South Wales Players showed their incredible commitment and professionalism throughout the series – with the Maroons claiming an impressive 2-1 series win.

I’d like to congratulate these players and their teammates on behalf of everyone at the RLPA for once again delivering such an outstanding Origin series.