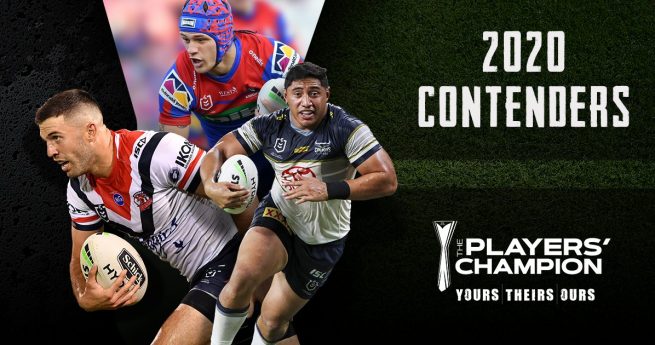 The RLPA has today revealed the List of Contenders for The Players’ Champion 2020 – outlining the four players from each team who are eligible for the prestigious award and the Players’ 13 Dream Team.

The RLPA has partnered with Nine this year, with winners of both the NRL and NRLW award to be announced live on Grand Final day (October 25).

The List of Contenders is made up of four players from each club that are nominated to be eligible for The Players’ Champion (NRL) and Players’ 13 Dream Team voting.

RLPA Delegates and Player Leaders at each Club put forward the three best players from their own team. An RLPA Working Group nominates a fourth player to round out the nomination process.

In total, 64 players (four from each team) are eligible to receive votes in the end of season poll.

Five Finalists for The Players’ Champion (NRL) will be announced on October 15.