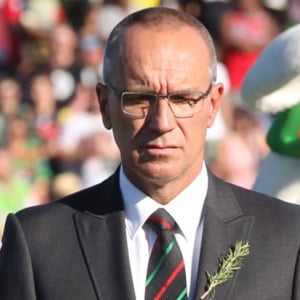 Sydney Roosters Chairman, Nick Politis AM, has announced the appointment of John Lee as the Chief Executive Officer of the Sydney Roosters Rugby League Football Club.

Lee joins the Roosters from the South Sydney Rabbitohs where he held the position of Chief Executive.

“After an extensive process, we are delighted to appoint someone of John’s business, management and leadership experience to the role of Sydney Roosters Chief Executive Officer,” said Mr Politis AM.

“Following the recent departure of our former Chief Operating Officer Football, Brian Canavan, after a total of 18 years loyal service to our Club, we took the opportunity to reassess the structure of our organisation, and there is no doubt that John is the best candidate to lead our Club and take our business forward,” added Mr Politis AM.

Lee is active on a number of NRL projects including the Sydney Stadia taskforce and digital platform development work stream, and has enjoyed many roles in the game including: North Queensland Cowboys Board Member (2013-14), Coach of Parramatta’s premiership winning SG Ball team in 1993 and Head Trainer at Sharks in the 1980s under rugby league icons Jack Gibson and Ron Massey.

Separate to rugby league, Lee has served on the Australian Sports Commission (2011-2015), as well as having run a number of companies and government departments in NSW. He has extensive experience in the transport and tourism sectors however he has a passion for sport, especially rugby league.

“It is a privilege to join the Sydney Roosters. They are a Foundation Club with a strong roster, talented coach, professional Board, and a well-run back office,” said Lee.

”I look forward to working with the staff and Board to ensure the club continues to deliver excellent results to its members, fans and corporate partners,” he added.

Lee will report directly to the Sydney Roosters Chairman and Board of Directors and will officially join the Roosters on Tuesday, March 1, 2016.

Earlier in the day South Sydney confirmed Lee’s departure as the CEO of the Club.

Rabbitohs Chairman Nicholas Pappas said he was disappointed thatMr Lee had made the decision to leave the Club.

“John has many positive attributes and established excellent relations with our key stakeholders,” Mr Pappas said.

“John enjoyed a good relationship with our Board, our investors and our Members.

“We wish him all the best for his next challenge.”

Lee said that he leaves the Rabbitohs in a good position.

“We broke all of the NRL Membership records last year, as the first NRL Club to pass 35,000 Members,” Lee said.

“This is by far the largest Membership base in the NRL.

“South Sydney is in a strong financial position. The Club continues to make a profit with the money being set aside for the future needs.

“The Corporate partners are engaged and serviced like no other and the Club has continued to strengthen its commitment to the community with an increased number of clinics and educational programs through Souths Cares.

“Souths has great staff and committed players, and I wish them all the best into the future.”

The Rabbitohs will announce interim arrangements for the role in the near future, with the Club to maintain the structure of having a General Manager of Football, Shane Richardson, overseeing the Football operations; and a CEO who oversees the administration and marketing functions of the Club.

Injury rules Thompson out of...

Mannering steps down as...