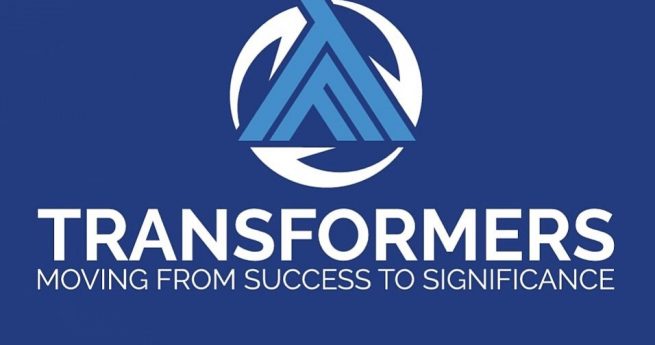 Six Rugby League Players will this week embark on an exciting off-season initiative titled Transformers – Moving From Success To Significance.

The group of elite athletes will be taken out of their comfort zone as they travel to Suva, Fiji, to make a valuable contribution to an offshore community in the local area of Narere.

The Transformers program is a the first of its kind, uniquely blending sport with personal transformation and community building initiatives.

Through a specially-designed program, the week-long camp from, Friday 2 November to Friday 9 November, will not only focus on making a valuable contribution to the community, but also aim to empower participants to learn more about themselves and the positive impact they can have on those around them.

Departing on Friday, November 2, the group includes a range of like-minded Rugby League Players from across the game:

With an emphasis on growth mindset and challenging individual belief systems, the key difference of this philanthropic endeavour is its aim is to inspire players to be the catalyst for ongoing change and contribution in the communities they are a part of.

Transformers is the passion project of Clint Newton, Rugby League Players’ Association General Manager of Stakeholder Relations, and is the result of the former NRL player’s long-held vision to develop an initiative to empower and inspire others by strengthening their connection to self and their community.

By partnering with Laura Steele from Steele Solutions, who brings a background in strategic management and industry engagement, the pair have brought the Transformers concept to life.

“It’s clear that this group are already high-performance focused and successful through their sporting endeavours, however what we want to bring to life is the ability to provide a meaningful impact beyond the sporting field and into people’s lives – moving them from being successful to having significance,” Newton said.

To ensure players  are fully immersed in Fijian culture within the local Narere area of Suva where they will volunteer in local classrooms, lead sports clinics as well as contribute physically to construction and renovation initiatives that will help address the needs of the community.

The goal of the program is to ignite a true passion for helping others by promoting personal development and facilitating a strong understanding of the players’ ability to positively influence others.

It’s for this reason that Newton has engaged the services of Steve Johnson from Wellbeing Science Institute as program facilitator, who has a long history working in the field of sports performance and wellbeing psychology.

Newton believes the mix of both male and female players from diverse backgrounds and ages underpins the idea that everyone has a unique ability to inspire and bring about meaningful transformation.

“This is all about the 6 highly successful individuals we have going – they will be at the centre of everything we do and experience, and we could not be more excited about the group who will take part in the inaugural program,” he said.

“The quality of the people and the level of diversity we have managed to achieve in a short space of time is one of the strengths of the program.

“The distinct differential to other community-based sports initiatives is the focus on individual growth through the personal development work which runs parallel to the volunteer projects and generating social change on the players’ return.

“The Transformers Program is about creating a legacy and having an impact – both on a personal level and in the lives of others.

For International Women’s Rugby League player Corban McGregor, the prospect of making a meaningful contribution to the community while embarking on a journey of personal growth was an offer impossible to turn down.

“I said yes to becoming involved with the Transformers Program because there was absolutely no reason to say no,” McGregor said.

“It’s an inspiring initiative that I’m glad to be given the opportunity to not only give back to the community but to also be part of something that is passionate about the inclusiveness of male and female athletes and their cultural diversity.

“I look forward to meeting many new people and growing as a person myself – to me that is invaluable.”

Cronulla Sharks and Fijian International Rugby League player Jayson Bukuya relishes the idea of strengthening his ties with the community by putting the needs of others before his own.

“I’ve joined the Transformers group as a great opportunity to help out in Fiji and to hopefully make a difference in some way to someone else’s life. For me, giving back is a great way to grow as a person,” Bukuya said.

The Transformers has partnered with International Volunteer HQ, the world’s leading volunteer travel company which connects volunteers with community-driven projects that have a genuine need for volunteer support.

Whilst Newton is excited about the journey they’ll take in Fiji, it’s when they come home that matters most, “The real excitement will come when the players return. We should be prepared for much more to come, this is just the beginning of Transformers and the impact this group will have.”

Long-list for the RLIF Golden...