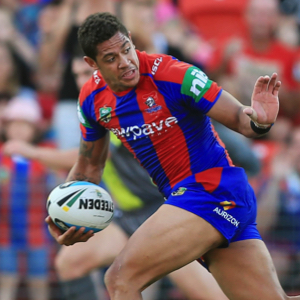 The Knights will play their final trial match in Orange, as part of the NSW Mining partnership, against the Canberra Raiders on Saturday February 20.

“We are excited about taking a game to Orange and we are sure the community will enjoy watching the Knights and Raiders finalise their preparations for the 2016 season,” coach Nathan Brown said.

“I congratulate the Knights on making the move to play one of their pre-season encounters in a regional area,” Hamling said. “It’s great for the future of the NRL in the country and Orange is close enough that I’m expecting many Knights supporters will make the trip to the central west.”

It will be a trial weekend against the Raiders with NSW Cup and NYC playing the following day, Sunday February 21, at Aubrey Keech Reserve in Hinchinbrook.

The pre-season schedule kicks off two weeks prior in Auckland, on February 6 and 7, for the Auckland Nines, before the Knights take on the Parramatta Eels/Wentworthville in NSW Cup and NYC on February 13 at Newcastle Sportsground No. 2.