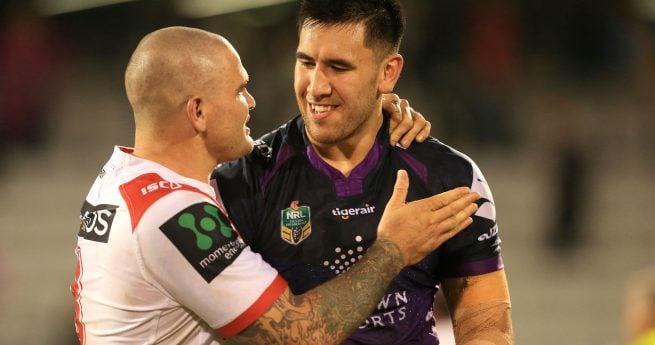 The return of experienced trio Simon Mannering, Kieran Foran and Roger Tuivasa-Sheck is a highlight for Kiwis Coach David Kidwell as he today announced his squad to face the Kangaroos in Friday’s ANZAC Test in Canberra.

Mannering, a former Kiwis captain, and New Zealand Warriors teammate Tuivasa-Sheck missed all representative matches last year due to injury while Foran was unavailable for selection. “First of all, all three of them bring a lot of Mana to our group and that’s hugely important,” Kidwell said of the trio.

“Simon’s experience in any squad is invaluable, he’s been a leader in our side for a long time, so it’s fantastic to have him fit and ready. Kieran’s been playing some good footy this year and his combination with Shaun Johnson and Roger at the back is certainly benefiting from the more time they all spend together too,” Kidwell continued.

Aside from naming two debutants, Melbourne Storms Nelson Asofa-Solomona and Brandon Smith, the other talking point is the inclusion of St George Illawarra Dragon Prop Russell Packer, who hasn’t played in the black jumper since 2011. “Russell’s form speaks for itself,” said Kidwell, “he was pretty delighted to get a call from me, like anyone in life they have their ups and downs, and Russell’s been putting the hard yards in, and we just want him to do the same for the Kiwis.”

Note Manu Ma’u was unavailable for selection due to injury.