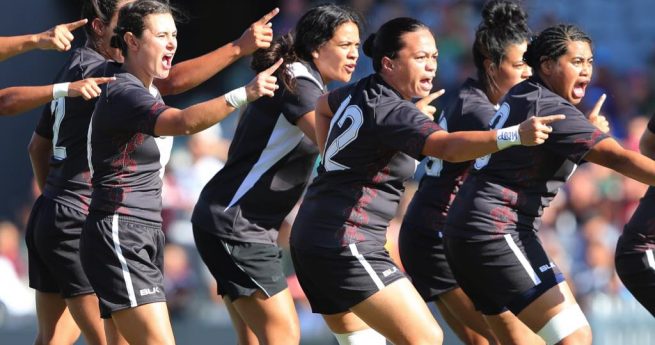 Five Test newcomers are in the 18-strong Kiwi Ferns team to take on archrivals Australia in next week’s Downer Test curtain raiser in Newcastle.

Akarana second row Annetta Nuuausala is poised to follow big brother Frank-Paul into a Test jersey, for Ferns who were named today by Coach Alan Jackson.

All but one were part of the roster that defeated the Jillaroos at the NRL Auckland Nines in February.

Nuuausala is excited to continue her family name at international level. Frank-Paul Nuuausala (Kiwi #754), currently playing with the Canberra Raiders in the NRL, chalked up 15 tests for the national men’s side between 2009-13, including the 2013 Rugby League World Cup.

“This means the world to me,” says Annetta (21). “After seeing my older siblings participate in sport and then to see my older brother reach this stage too, I thought I’d give it a go.”

Nuuausala made her national team debut at the Nines, a result that will boost the Kiwi Ferns, after losing last year’s Anzac Test in Brisbane.

“The Nines was a good experience,” she says. “I learned a lot from the campaign and took it back with me to my club footy.

“Now I think I’m better than I was last year and without that exposure, I wouldn’t be where I am today.”

Jackson admits the selection of this outfit presented some tough challenges.

“The selectors and I had a number of sleepless nights picking this team,” he says. “The quality of the players we have in the game in New Zealand at the moment is very, very good, making this a hard job, but we’re very happy with the 18 that we have.

“We’ve built since the Nines. The girls have been working very hard and we’re looking forward to this test match.

“The Aussies have very fast backs and very strong forwards that keep working all day, so it’s going to be a real challenge. They beat us by eight last year, so we’re looking for a little bit of revenge.”

The Kiwi Ferns team for the Downer Trans-Tasman Test curtainraiser is listed below with their zone:

Photo: Kiwi Ferns do the haka before the Auckland Nines games against the Jillaroos  (nrlphotos.com)

NRL steps up its Voice...