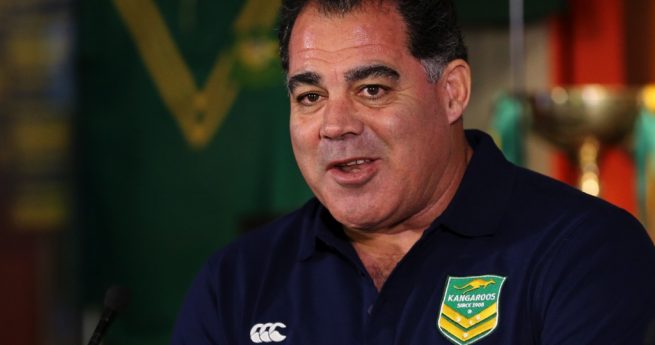 The Australian Rugby League Commission has today selected the following players to represent the Australian Kangaroos in the 2016 Downer Test Match.

Four debutants – wingers Semi Radradra and Blake Ferguson and interchange players Josh McGuire and Michael Morgan – will play against the New Zealand Kiwis at Newcastle’s Hunter Stadium on Friday, May 6.

The match will mark Mal Meninga’s first match as Coach of the Kangaroos.

“This is a well-balanced squad and I’m extremely happy with it,” Meninga said.

“We have some experience as well as a handful of younger players who I am looking forward to seeing in this arena.

“It is the fourth most experienced line-up in Australia’s Test history but there will also be four players making their debuts.

“This is an incredibly important game for this group. I want to ensure the players have pride in the national jumper and my goal is to establish the Kangaroos back at the top of the international rankings.

“We have a Four Nations tournament at the end of this year and then a World Cup in 2017. This is the start of an important journey for the Kangaroos.”

Photo: The Test will be Meninga’s first as coach of the Kangaroos (nrlphotos.com)