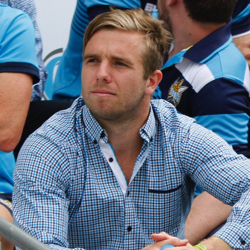 Emerging halfback Kane Elgey has had a shocking start to 2016 after the Aquis Gold Coast Titan’s 2015 rookie of the year suffered a serious knee injury in the first training session of the year.

Elgey went down with what was first thought to be a minor knee injury after an innocuous incident during a training drill. It was the team’s first session on the field since returning from a two-week break.

However, results of an MRI scan late yesterday revealed Elgey, 10 days short of his 22nd birthday, has suffered a ruptured ACL and is resigned to missing the entire season.

“It’s a devastating blow for Kane and he has naturally taken it hard,” said Titans head coach Neil Henry.

“He showed his immense promise during his rookie season in 2015 and had been training extremely well, always among the leading group, and shown what great strides he had taken in confidence and maturity.

“We all really feel for him, Kane is such a popular and hard-working member of the group. But he is young and determined and he will overcome this setback and come back and continue to progress into a quality NRL player.”

Elgey’s mishap will obviously provide extra responsibility for newcomers in the halves, Tyrone Roberts and Ash Taylor, while the club has depth in the positions with Daniel Mortimer and utility player Karl Lawton, promoted from last year’s under-20s side, also in the squad.

“Kane emerged quickly last season after being given his chance through injury to Dan Mortimer,” Henry said.

“Ash Taylor succeeded Kane as the Holden Cup player of the year and has the chance to make his mark in 2016.

“We are determined to overcome this and I’ve been very impressed with the group resolve and attitude of the squad during the pre-season.”