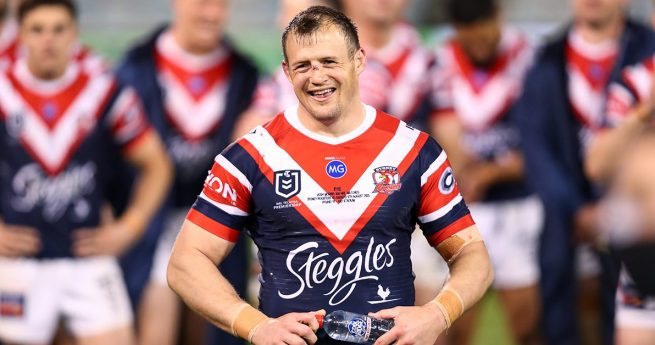 Sydney Roosters star Josh Morris became the 41st player to join the illustrious ‘300 Club’ on Saturday night in his side’s 18-6 win over Canberra.

Morris, who made his NRL debut in 2007, had previous stints at St George Illawarra, Canterbury Bulldogs and the Cronulla Sharks before joining the Roosters earlier this year.

Morris joined teammate Mitchell Aubusson as the only players to achieve the feat so far in 2020.

The RLPA congratulates Morris on this important achievement and the other milestone players from Round 17.