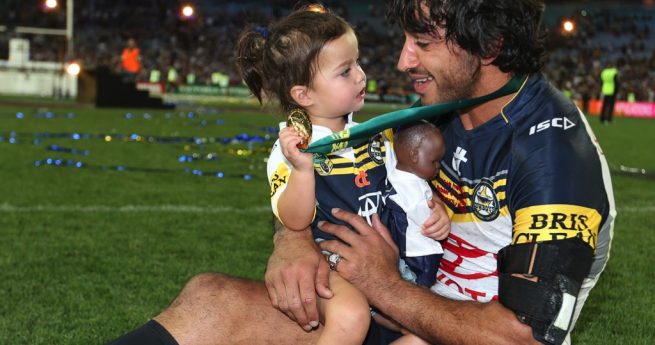 Johnathan Thurston has taken out the Golden Boot award for a record third time capping off a year of success for the North Queensland Cowboys co-captain.

“There’s a lot of great players in both hemispheres and to be voted as the best is very humbling,” said Thurston in an interview with Rugby League World, the British magazine that presents the award.  “I’m still a little bit lost for words. I’m still trying to come to terms with it.”

The 32 year old this year claimed, for an unprecedented fourth time, both the peer-voted RLPA Players’ Player Medal and the Dally M Medal.

He received the Provan-Summons Award as the fans’ favourite placer and in a record breaking Queensland performance in the third and deciding round of State of Origin was named Man of the Match.

In the Telstra NRL Premiership Grand Final Thurston was awarded the Clive Churchill Medal for best player on ground after a performance that saw him kick the winning field goal in extra time to secure the Cowboys first Premiership crown.

The Team of Year has also been named with Thurston’s Cowboys co-captain Matt Scott joining him in the World XIII.