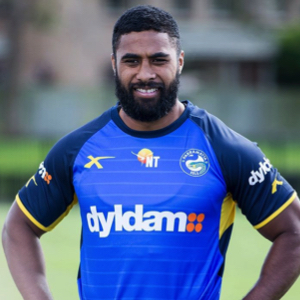 The Dyldam Parramatta Eels have signed centre Michael Jennings to the club for the next four seasons.

Jennings, 27, joins the Blue and Gold from the 2016 season onwards after securing a release from the Sydney Roosters.

With 193 NRL games under his belt, the Penrith District junior has played six Tests for Australia and three Tests for Tonga, as well as representing the VB NSW Blues in 16 State of Origin clashes.

“Michael is very keen to join the Eels based on the direction the club is going and the environment we’re building, and he’ll be a valuable asset on and off the field,” CEO John Boulous said.

“We have a very specific strategic plan for the next few seasons and his belief in our club’s purpose will help deliver that.”

“Michael’s success in the game as a premiership-winner and in representative rugby league is obvious, and he’ll be a real leader and mentor to some of the younger outside backs we have in our NRL squad,” Arthur said.

“I look forward to what he can bring to Parramatta.”

“Parramatta’s a club on the rise and I’m looking forward to the challenge, taking a leadership role and further developing my game.”

“I have some really good mates at the club – boys I’ve grown up with – and I’m confident we can do well in the coming years.”

“It will be a new experience playing out of the home sheds at Pirtek Stadium but it’s something I’m very excited about and I can’t wait to get started.”

Downer on board for Auckland...