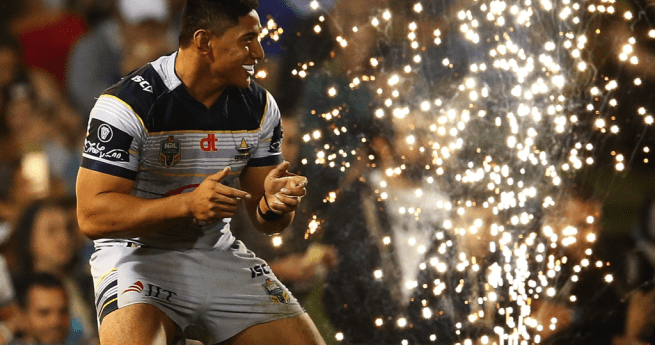 North Queensland Cowboys forward Jason Taumalolo has been crowned the RLPA 2016 Players’ Champion for 2016, as voted by his NRL peers.

Off the back of a 2015 premiership-winning season with North Queensland, Taumalolo accepted his award from Townsville where the Cowboys are preparing for Friday night’s semi-final.

“This is right up there as the best and biggest award you can win as a player, and to be voted by my peers is very special,” Taumalolo said.

“Thank you to the RLPA for everything they do, their support for the players is so big.”

The award is the most prestigious at the RLPA event, with NRL players submitting their votes from each game throughout the season.

South Sydney Rabbitohs’ Cody Walker was named Rookie of the Year, after a standout debut season.

Photo: Jason Taumalolo is the 2016 Players’ Champion, as voted by his peers. (nrlphotos.com)

Thanks to our corporate supporters of #THEPLAYERSCHAMPION