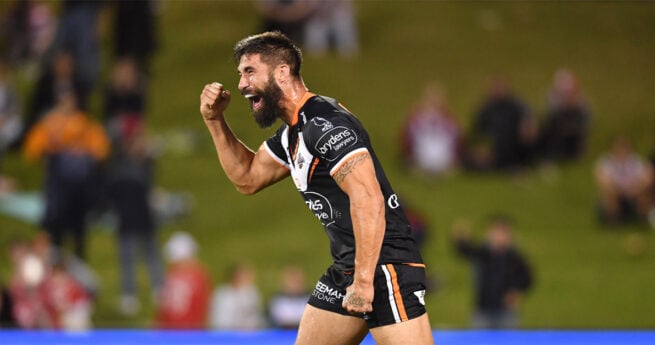 James Tamou will join the illustrious 300 game club when his Wests Tigers side play the Cowboys, the team he debuted for, this weekend. He becomes the 45th player in the history of the premiership to reach the 300-game mark.

Before the Tigers, Tamou played for the Penrith Panthers and was a Premiership winner with the North Queensland Cowboys in 2015. Along with his NRL career, Tamou has had a long representative career for New South Wales, Australia and the All Stars.

Off the field, Tamou has contributed greatly to the game and fellow players. He is a member of the RLPA Men’s Player Advisory Group, which he joined ahead of the 2022 NRL season, and the Māori & Pasifika Advisory Group.

The Rugby League Players Association congratulates James on this rare and incredible achievement.

“Reaching 300 NRL games is an incredible milestone on its own. However, joining this distinguished club as a front rower adds another layer of significance for this personal achievement.”

“James has played the game with integrity and demonstrated tremendous skill. He has continually adjusted his game to match the increases in intensity, speed and demand. To James, his family and support network, we congratulate all of you and give thanks for your contribution.”

“Jimmy has been a relentless, fearless and highly respected player. He has also overcome some serious injuries to forge an incredibly successful career. Off the field Jimmy is the ultimate professional and has developed into an outstanding leader and role model.

“Jimmy is a vocal advocate for his fellow players. He has been a great supporter of the RLPA and his teammates over many years.

“It was an honour to have shared the field with Jimmy and a pleasure to work alongside him as an RLPA Delegate and Player Advisory Group member.”

“Jimmy has experienced the height of success as an NRL Premiership winner with the Cowboys. He has also won a State of Origin series for NSW and a World Cup in 2013 for Australia.

“Off the field, Jimmy has been a selfless contributor in his role as an RLPA Delegate, Player Advisory Group member and Māori & Pasifika Advisory Group member. He has represented the views of the collective playing group with the same passion and leadership he’s shown on the field during his NRL career.

“We congratulate him on reaching this significant milestone.” 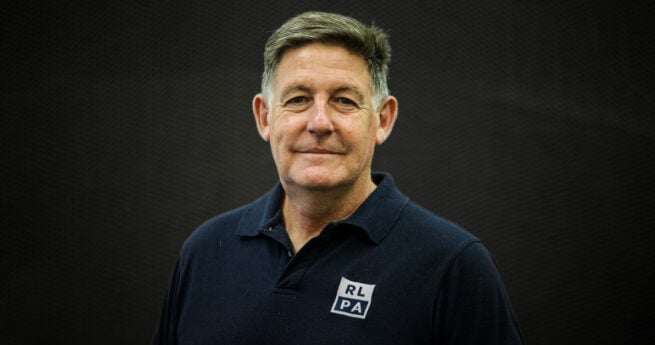 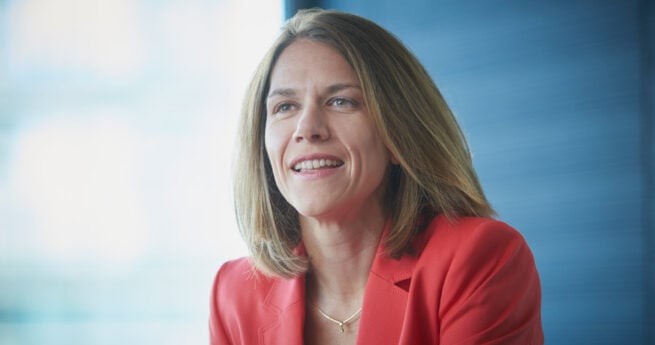