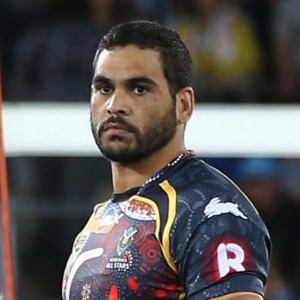 More than 30 past and present Indigenous rugby league players, including members of this year’s men’s Indigenous All Stars team, have come together for a two-day leadership camp.

The camp marks the start of a week long celebration leading up to the 2016 Harvey Norman Rugby League All Stars match on Saturday 13 February.

The group gathered on Stradbroke Island on Sunday, with past and present Indigenous All Stars players including Greg Inglis, Dane Gagai and Jack Wighton amongst the gathering and as part of what has become a tradition in the lead up to the All Stars match.

Players spent the day bonding and learning from one another, with the camp designed to strengthen player’s cultural identity and wellbeing, along with developing off-field leadership and future skills.

Indigenous All Stars captain, Greg Inglis said he was honoured to not only lead his team this year, but also to be amongst the camp and develop stronger ties across the game.

“The All Stars week is a really special week and occasion for me and it is important for me as a proud Aboriginal man to represent my family, community and people,” Inglis said.

“The lead up to the match is all about encouraging as many people from all walks of life to appreciate the history of Indigenous people, both past and present, who have been leaders in shaping our country.”

Former NRL Indigenous player and current Indigenous All Stars women’s coach, Dean Widders said he felt an enormous sense of pride whenever the All Stars week came around.

“This is the sixth time that we have had an All Stars match and every year, the spirit and support from everyone grows stronger,” Widders said.

“This camp is an important start to the week and our Indigenous players that attend always leave with their heads high, ready to lead within their own communities and inspire others to reach their potential and beyond.”

This is the fourth Indigenous Leadership camp, with this year’s camp focussing on three key areas:

The Indigenous All Stars and World All Stars men’s teams will officially head into camp in Brisbane on Monday 8 February, with the women’s teams, touch football teams and under 16s teams heading into their camps