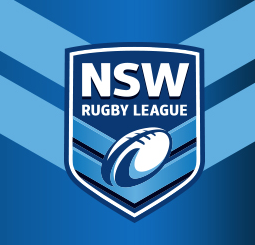 The former Origin greats will ride their Harley Davidson motorbikes far and wide throughout NSW to raise awareness and funds for Father Chris Riley’s Youth off the Streets, as well as help drive Junior Rugby League membership and participation in 2016.

Since its inception in 2013, Hogs For The Homeless has raised almost $300,000 for Youth off the Streets, with this year’s tour again raising much-needed funds for Rugby League clubs also.

Having been a passionate supporter of Youth off the Streets since his playing days, Fittler is thrilled to be a part of such an exciting and inspiring journey once again.

“It is amazing to see how animated the people get when we arrive in these small country towns,” said the former Origin captain.

“It is so unbelievably humbling to meet these wonderful people who have so many great stories to share. I love seeing the smile on kids’ faces when we put a footy in their hands.

“Helping people in need is something I feel strongly about and I believe the more attention we can bring to the work of these organisations the better off thousands will be.”

The 2016 Hogs For The Homeless Tour will be launched at Terrey Hills Tavern on Thursday, 11 February, in readiness for the first leg from Alexandria to Oberon on Monday, 15 February.

The riders are expected to travel more than 3500km, making stops in 17 country towns including Mudgee, Forbes, Wagga Wagga, Tingha and Gloucester.

They will then wind up at Sydney’s Mounties Community Club, where the riders will join NSWRL CEO David Trodden in rolling out their blankets and sleeping under the stars following the NSWRL season launch.

The tour will conclude on Friday, 4 March, with the riders to perform a lap of honour before the Sea Eagles-Bulldogs Round 1 NRL clash at Brookvale Oval.

Anasta back for the Roosters...