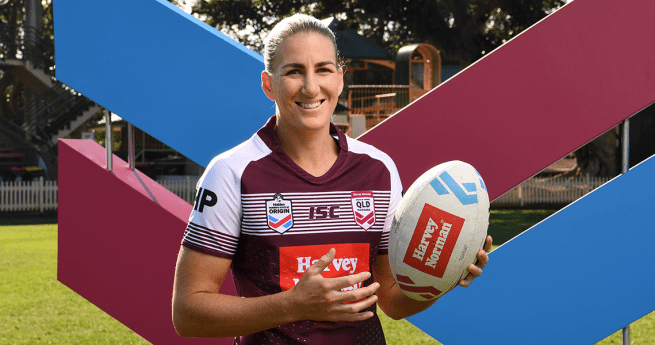 Harvey Norman Queensland Maroons selectors have named the squad to take on New South Wales in this year’s Holden State of Origin match.

The team will be guided by the experience of veterans Steph Hancock and Heather Ballinger; alongside their inaugural NRLW premiership-winning Brisbane Broncos team mates Ali Brigginshaw and Brittany Breayley.

There are also four debutants in the squad, with Queensland Country players Steph Mooka and Elle Stitt and South East Queensland’s Jessika Elliston forcing their way into the side following impressive showings at the recent Harvey Norman Women’s National Championships.

Burleigh Bears and Broncos centre Amber Pilley has been part of the Queensland Women’s extended training squad and has impressed in previous representative outings for the NRL Women’s Indigenous All Stars teams.

Two recent past Queensland representatives Jenni-Sue Hoepper (Queensland Country) and Chelsea Lenarduzzi (South East Queensland) return to the fold after their strong performances in the championships.

Queensland Women’s Representative player Rona Peters has also been named in the side, following a review of her eligibility. While she was previously ruled out of contention due to her past representative career with the Kiwi Ferns, the application of “the grandfather rule” (not retrospectively applying eligibility guidelines) for players who have represented in interstate matches for two or more years has ensured her passage into the 2019 team.

The Harvey Norman Queensland Maroons will enter camp on the Gold Coast next Friday in preparation for their State of Origin match at North Sydney Oval on Friday, June 21.