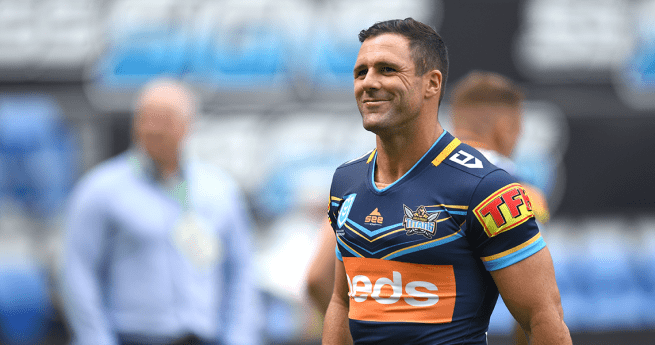 Gold Coast Titans star Michael Gordon has announced that 2019 will be his final season in the NRL, with the 35-year-old set to hang up the boots after 14 seasons in the top grade.

Gordon has amassed more than 250 games across five Clubs – the Titans, Roosters, Eels, Sharks and the Penrith Panthers – where he started his career in 2006.

Gordon stated in a Gold Coast Titans press release that he felt it was the right time to finish his illustrious NRL career.

“I have been very fortunate to have enjoyed the career that I have, to have played at some wonderful clubs, and to have shared time with wonderful friends and teammates over the past 14 seasons,” Gordon said.

“I am very proud to be a Titan and very grateful to the Gold Coast for giving me the chance to finish my career by representing the region I started with as an under-7 with the Tweed Coast Raiders many years ago.

“I am also very thankful to the Titans fans and my teammates for supporting me over the past two years, and I’m similarly thankful to all the guys I played alongside and the fans that supported me at my other clubs over the years.

“I am excited about the road ahead of me in life after football, and also excited for the bright future ahead for the Gold Coast Titans.”

Gordon joins a host of other NRL stalwarts set to retire at the end of the season, including Cronulla captain Paul Gallen, North Queensland forward Matt Scott and Wests Tigers star Robbie Farah.

Sutton to retire at season...