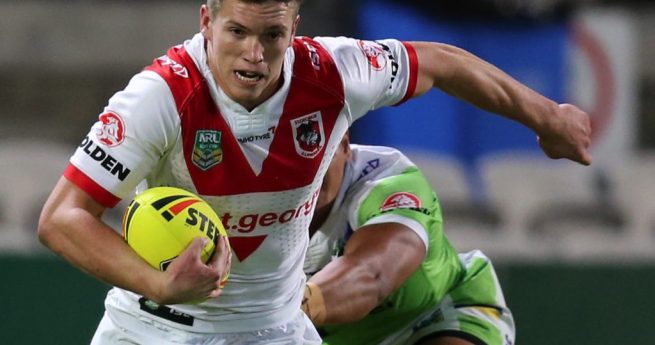 The local Gerringong Lions junior, who can play on the wing or in the centres, is a former graduate of the Club’s High Performance Unit (2015) who was invited to train alongside the first-grade squad during the 2016 pre-season.

Garrick, 18, has scored 12 tries so far this season in the National Youth Competition and was previously selected into the NSW U18 Team last year.

“The Dragons have always been the club I have supported since a boy being a local junior and I simply love playing for them,” said Garrick.

“I was fortunate enough to train alongside the first-grade during the pre-season which only gave me a stronger desire to someday play at the top level for the Club.”

“I am really enjoying my football at the moment and glad that my development can continue now that my future has been locked in.”

Dragons Director of Rugby League Pathways Ian Millward is pleased by the local junior’s decision to continue his tutelage with the Club.

“We are very happy by the decision made by talented local junior Reuben to continue his footballing development here with the Dragons,” said Millward.

“Reuben has risen through our junior ranks, having started in our HPU squad before most recently being elevated to the ranks of our NYC squad.

“He is a very exciting young player to watch who boasts strong legwork and we look forward to seeing him continue his growth here at the Club.”