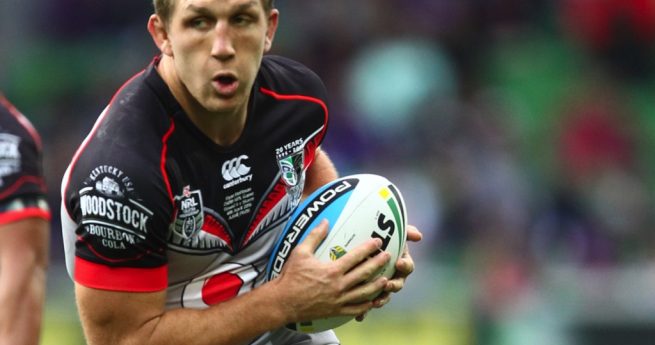 They will replace Paul Gallen, Antonio Winterstein, Simon Mannering and Roger Tuivasa-Sheck, who have been forced to withdraw from the match.

Gallen said he was disappointed to be missing the All Stars game due to a calf injury.

“I’m really disappointed that I won’t be playing,” Gallen said.

“I wanted to give myself every chance, which is why I made the decision today, but I haven’t been able to train over the past two weeks after aggravating a calf injury.

“To go into the first game of the year, and such an intense and important game, with a couple of ball work sessions under my belt would have been too risky.”

The World All Stars squad is now as follows:

Photo: Ryan Hoffman is one of four replacements named in the World All Stars Squad (nrlphotos.com)