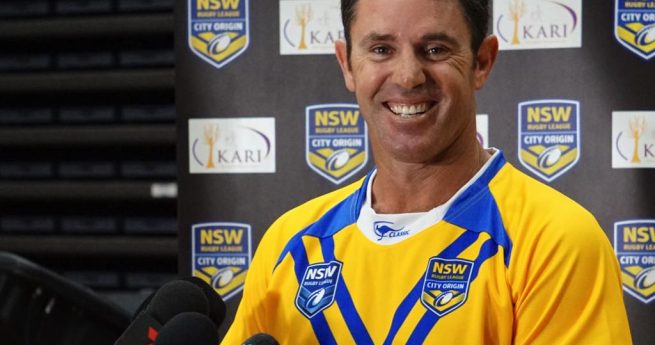 Fittler, whose reappointment was ratified by the NSWRL Board recently, is excited about taking the AAMI Country v City Origin clash to Tamworth’s new-look Scully Park Regional Sporting Precinct on May 8 following last year’s sell-out event in Wagga Wagga.

“It’s awesome for the country area to have a facility like that,” Fittler said.

“When I was up there last year on the Hogs For the Homeless motorbike tour they had made a large investment in to doing up their field so it will be quite the spectacle.”

Fittler, who is about to embark on a three-week tour of regional NSW for his annual Hogs For The Homeless charity motorbike tour, said Tamworth is a great choice of venue for the AAMI Country v City match.

“It’s fantastic going out to these country areas, like Mudgee, Coffs Harbour and Wagga Wagga where we have been in recent years,” he said.

“We’re about to embark on a motorbike ride where we get out and see a lot of country areas and all the kids in those areas, which is one of the real highlights of my season.

Fittler said he would look to include some rising stars in the KARI City Origin side to keep the pressure on the leading NSW VB Blues players to continue to perform at a high level.

“I like going with some young blokes – I know last year we had Bryce Cartwright, Blake Austin, Waqa Blake, James Tedesco and Reagan Campbell-Gillard … all these up-and-coming kids,” he said.

“What we’re trying to do from my point of view is to put pressure on those leading State of Origin players because that’s what they need.

“The more pressure we can bring from within, hopefully the better performance at the top level.”

To support Fittler’s Hogs For the Homeless tour efforts to raise money for Youth off the Streets, click here

To view a video interview with Fittler, head to the NSWRL website.

Injury rules Thompson out of...