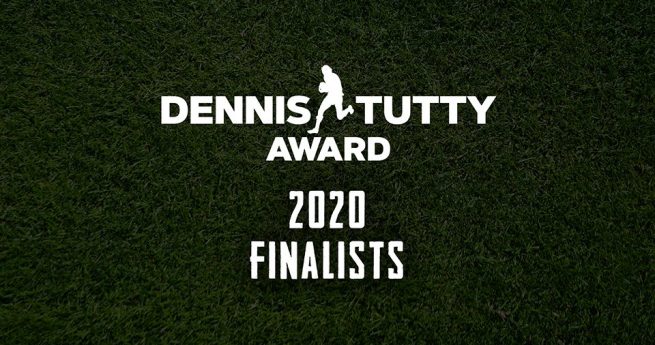 Given the unprecedented events of 2020, the RLPA has elected to nominate finalists for the first time in the award’s history to ensure more than one player is recognised for their efforts in the player advocacy space.

Darius Boyd, Wade Graham, Blake Green, Sia Soliola and Roger Tuivasa-Sheck are in contention for the honour – with the winner to be announced next week.

The Dennis Tutty Award recognises a player who has demonstrated:

RLPA Player Operations Manager Tom Symonds, a recipient of the Dennis Tutty Award in 2015, said any player from the group of finalists would be a deserving winner.

“The award represents the whole playing group rallying behind each other and making sacrifices for the good of the entire group and not just one individual,” Symonds said.

“This group is made up of five high profile players who are really passionate about the RLPA and the player space.

“They are also guys who have managed to find the balance between working out what is fair and reasonable for players but then also allowing the game to continue in what has been a pretty crazy year.

“These players have been able to work through those challenges and find a happy medium, which has been so important.

“We are thankful for the efforts of Darius, Wade, Blake, Sia and Roger this season and congratulate them on their nomination for the 2020 Dennis Tutty Award.”

The winner of the Dennis Tutty Award is selected by the RLPA Board of Directors.

If you would like to know more about Dennis Tutty and his importance to the RLPA, click here.