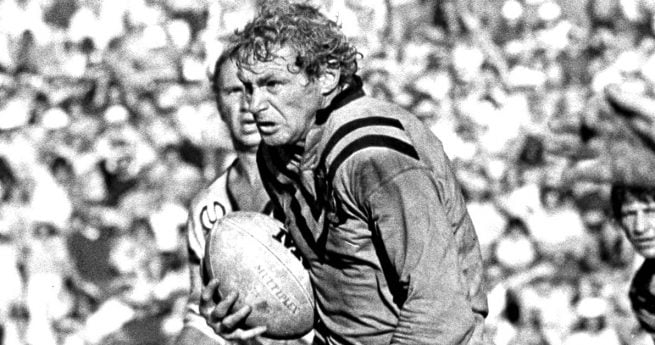 The thirteenth of December 2021 marks the fiftieth anniversary of Buckley v Tutty, where the High Court of Australia found employment rules that denied players the right to change clubs, once their contract with their former club had expired, to be an unreasonable restraint of trade. The case marked a challenge to the New South Wales Rugby League’s (NSWRL) retain and transfer system where a player, whose contract had expired, could not take up employment with a new club without the agreement of the club that had previously employed him. In the case of talented players such permission usually necessitated the payment of a ‘high’ transfer fee. This was income that the new club was prepared to pay to obtain the player which the player did not receive; it constituted what might be called a gift (what economists call a rent) provided to the player’s former club.

Under the Rules of the NSWRL clubs were required to register players before they could play for the club. Once a player registered, he in effect became the ‘property’ of the club; someone who could be bought and sold to other clubs. This is demonstrated by the following two clauses from Rule 30 of the NSWRL’s Constitution Standing Orders and Competition Rules:

(c) A player who signs as a professional player should note carefully that he is in effect tied to his Club and cannot subsequently sign for any other club unless he is released -either by transfer or by the club agreeing to strike his name from their list of registered players.

Dennis Tutty signed with Balmain in 1964. At the end of the 1968 season he asked Balmain to place him on its transfer list, so he could take up employment with another club. Balmain refused. Even though his contract with the club had expired he was unable to seek employment with a new club. He stood out of the game in 1969 and 1970. On the wages of an unskilled labourer he launched legal proceedings against the NSWRL’s retain and transfer system. He did this off his own bat. He did not receive support from other players, was not backed by a club desirous of obtaining his services or a players’ association for the simple reason that no such body had been created in Rugby League; such an organisation subsequently formed in 1979.

His case was initially heard by the Supreme Court of New South Wales. It found that the retain and transfer system was an unreasonable restraint of trade. It said the system ensured ‘that the value of a player his intrinsic worth in money as a player goes not to him but to his previous or potential employer, the Club with which he happens to be registered’. It was particularly concerned that the system denied ‘the right of a man to the economic benefit of his own skills…A player may be retained and yet not get any employment or match remuneration’.

The NSWRL appealed this decision to the High Court of Australia. It rejected the appeal. The High Court said employment rules which prevented ‘professional players from making the most of the fact that there are clubs prepared to bid for their services’, especially rules that prevent a player who ‘is not contractually bound to’ a club from taking up employment with another club, ‘plainly [act] as a fetter on the right of the player to seek and engage in employment’. And, like the Supreme Court of New South Wales, it objected to transfer fees as not only preventing ‘a player from reaping [the] financial rewards of his own skill but it may impede him in obtaining employment’.

This decision has had a profound effect on the governance of Australian professional team sport, not just Rugby League. First, lower courts and tribunals have invariably followed Buckley v Tutty in cases involving other codes, which have employment rules which, in principle, were similar to those of the NSWRL’s retain and transfer system.

Second, the striking down of such rules strengthened the hand of player associations in collective bargaining negotiations with their respective leagues. Leagues, which saw such rules as being important to their operation, could conceivably protect them from legal attack by obtaining agreements from player associations in collective bargaining deals. Player associations could lever this ‘free kick’ to obtain improvements in wages and employment conditions for members. These collective bargaining agreements have not only enhanced the income players earn, but also enabled them to obtain income from intellectual property rights, provide mechanisms for the resolution of disputes and grievances with their respective clubs and leagues and channel resources for the more general welfare of players including, if not especially, further education and training for second careers, when their playing days come to an end.

Third, it enhanced the benefits available to female players when traditional male sports decided to form professional female leagues, as has recently occurred. Female players could utilise the services of already established player associations with well-developed relationships with their respective leagues. They did not have to confront the organisational and other problems which dogged male associations when they first formed.

Current players, and the benefits they enjoy, in no small way all owe a debt of gratitude to Dennis Tutty for the stance he took in single handily challenging the employment rules of the New South Wales Rugby League half a century ago.

The Online Safety Statement of...