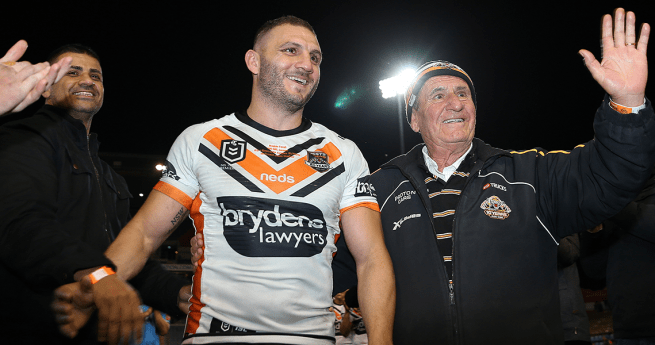 The Rugby League Players’ Association (RLPA) would like to congratulate Wests Tigers star Robbie Farah on becoming the 39th player to join the ‘300 Club’.

Farah also has an impressive list of representative achievements including 8 Tests for Australia, 7 Tests for Lebanon, 16 games for New South Wales – as well as appearances for NSW City, the Prime Minister’s XIII and NRL All Stars.

The 2005 premiership-winner also announced this week that the 2019 season will be his last – hanging up the boots after 17 years in the NRL.

The RLPA would like to congratulate Robbie on joining the 300 Club and on a stellar playing career in the NRL.

Beanie for Brain Cancer Round...