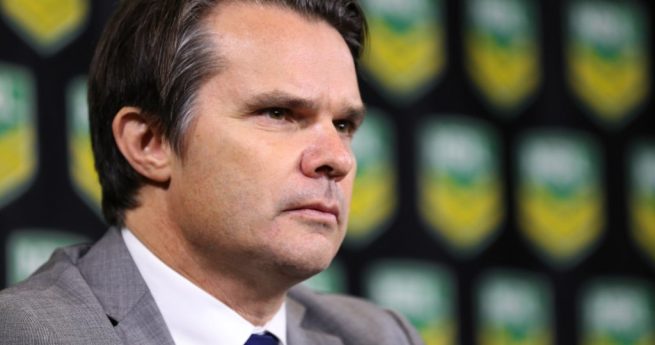 The NRL has confirmed that, based on information currently available, the Parramatta Eels are now Salary Cap compliant.

The Club may now submit, as part of its response to the Breach Notice, that it should be allowed to keep any points it wins in tomorrow night’s game against South Sydney and for the balance of the season.

An investigation by the Integrity Unit made preliminary findings that the Parramatta Eels were $570,000 over the salary cap for 2016.

Parramatta has made the following changes to its roster to come under the cap:

As a result, Salary Cap Auditor, Jamie L’Oste Brown is satisfied that the Eels are now within the cap, based on the information available.

The 12 points accumulated while the club is alleged to have been in breach of the 2016 cap will remain on the competition ladder until a final determination on the breach notice is made.

Head of Integrity Nick Weeks (pictured) said the club had required additional time to respond to the breach notice so a final determination is now likely in mid-June.