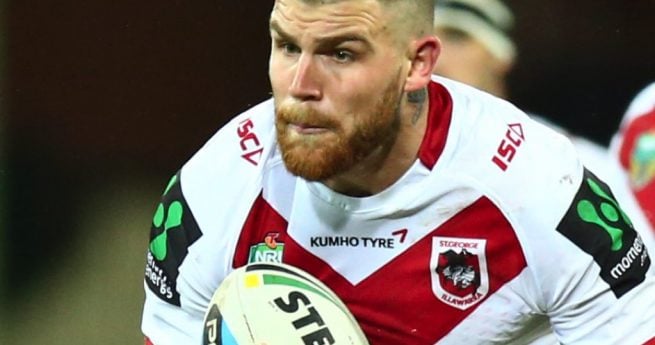 The first time Captain will lead an 18-man travelling squad named by Head Coach Paul McGregor for the two-day tournament which will see six new signings make their first respective appearances for the Club.

McGregor has chosen to provide young Dragons Matt Dufty, Jacob Host with the opportunity to play against NRL players as well as NYC Graduate from 2015, Jay Gallagher.

“The Nines is an uncharacteristic style of footy due to the nine minute halves and the overall speed of the game which that everyone enjoys and likes being a part of,” said McGregor.

“We’ve done a lot of game-simulated conditioning this pre-season and it’ll be a good opportunity for the quicker guys and more mobile forwards to present themselves in this environment”.

“It is a great opportunity for these players to show the coaching staff who is ready for the Charity Shield and our upcoming trial against the New Zealand Warriors in Nelson.

“Josh has been named captain for the squad, he is a leader at our Club and I know that this is an environment in which he will thrive,” added McGregor.

Dugan is honoured to have been named captain of the squad and is looking forward to the two-day tournament.

“It is a privilege to be named captain of the Club and I am really looking forward to the opportunity,” said Dugan.

“I thoroughly enjoyed the experience and atmosphere of the Nines last year and I am excited for the event and to lead the boys in the games.

“We have a mixture of youth and experience in our squad and we are all keen to get out and play, it has been a long pre-season”.

The Dragons have been included in the Piha Pool alongside the Cronulla-Sutherland Sharks, Gold Coast Titans and Canberra Raiders in the two-day tournament to be staged on Saturday, February 6 and Sunday, February 7.

Visit the Dragons website for all the team info.