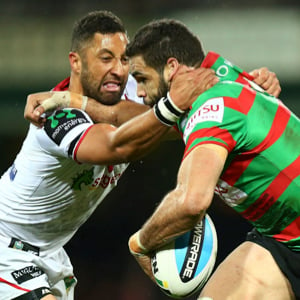 The St George Illawarra Dragons will play five pre-season fixtures across two states and countries in the lead-up to the 2016 NRL Premiership season.

The Dragons first hit-out of the pre-season will be the third annual NRL Auckland Nines tournament on 6 and 7 of February.

Additionally, those Dragons players not involved in the nine-man-per-side tournament will compete against Wynnum-Manly Seagulls at Pinklands Oval, Redlands also on Saturday, February 6.

“The upcoming trial against the Wynnum-Manly Seagulls will provide an opportunity for those players not named in the NRL Auckland Nines squad an outing to compete in a physical encounter against a team who will no doubt want to test themselves against NRL opposition,” said McGregor.

The Dragons will then compete in the traditional Charity Shield match against the South Sydney Rabbitohs, to be held at ANZ Stadium, Olympic Park on Saturday, 13 February.

“The Charity Shield is a match steeped in rich history and traditions and is always an important part of our pre-season preparations,” said McGregor.

“This trial will serve as our first outing as a combined squad following the players’ commitments in both Auckland and Queensland and prove a good indicator of the team are progressing.”

Players not involved in the 33rd Charity Shield fixture will join representatives of the Illawarra Cutters for a match against the Canterbury-Bankstown Bulldogs at Belmore Sports Ground on Sunday, 14 February.

A select group of Dragons players will then again head across the Tasman to play against the New Zealand Warriors at Trafalgar Park, Nelson on 20 February.

This trial fixture will mark the first time the Dragons have competed in the South Island city and will also enable the squad to hold a ‘camp’ ahead of the match.

“The squad will be based in Nelson for the entire week and it will be a good way of rounding off what will be a tough pre-season preparation,” said McGregor.

“The time together will allow all the players to really get to know and learn about one another which is important for a team.”

Those players not selected to travel to New Zealand will join selected Illawarra Cutters players for a match against the Wyong Roos at WIN Stadium, Wollongong on Saturday, February 20.

Furthermore, a final trial fixture against the Central Queensland Capras has been confirmed for Browne Park, Rockhampton on Saturday, 27 February.

This fixture will again be a joint-match involving Illawarra Cutters players as well as those Dragons players returning from injury or who are requiring additional minutes ahead of the season proper.

“We will be evaluating which players, whether through injury or other circumstances, may need further minutes under their belt ahead of the new season and determine who travels north closer to the date,” said McGregor.

“We have several players including Josh Dugan, Benji Marshall and Will Matthews all coming back from respective injuries around that time which is why this trial could be important for their individual preparations.”

The Dragons will provide further information regarding all their pre-season trial fixtures to Red V Members once ticketing details are confirmed.