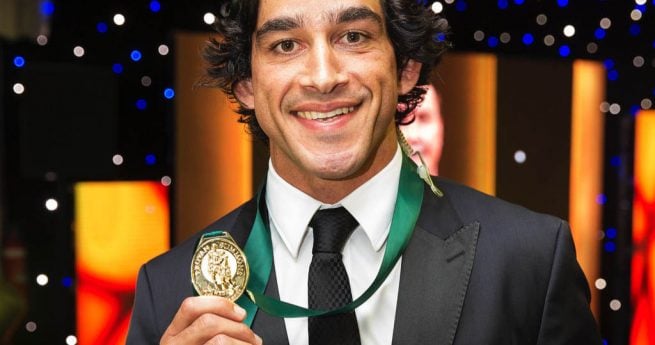 Thurston also won his second consecutive Dally M Player of the Year award, following his joint award with Jarryd Hayne in 2014, as well as his sole Medals in 2005 and 2007.   Thurston accepted his fourth award in a special ceremony in Townsville, where he is preparing for the 2015 NRL Telstra Premiership grand final on Sunday against Brisbane Broncos at ANZ Stadium.

On a remarkable night for the playmaker, Thurston was also given the Captain of the Year award (joint with Cowboys co-captain Matt Scott), the Halfback of the Year award, as well as the Provan Summons People’s Choice Medal.

The Cowboys’ opponents in Sunday’s historic all-Queensland grand final, Brisbane Broncos, also had a successful night. Wayne Bennett earned the Coach of the Year award as he attempts to win an eighth premiership, while Corey Parker won the Best Representative Player award during the glittering awards night at venue partner The Star.

Gold Coast’s Luke Douglas was awarded the Ken Stephen Medal at a glittering event at The Star in Sydney.

Jenni-Sue Hoepper took out the inaugural Female Player of the Year award.