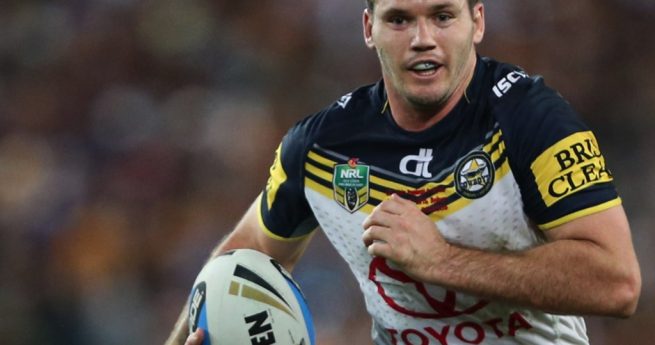 North Queensland Toyota Cowboys fullback Lachlan Coote will remain at the club after agreeing to a two-year contract extension.

The premiership-winning custodian, 26, is in his third season at the Cowboys, and this new deal will keep him at 1300SMILES Stadium until the end of the 2018 season.

“I’ve had a memorable time here so far; we won the premiership last year; and I just love playing with these boys.

“Greeny (head coach Paul Green) and the coaching staff have played a big role in helping me improve my game, and they were all tremendous after a tough first year at the club.”

Coote joined the Cowboys from Penrith at the start of the 2014 season, but had his year cut short with a serious knee injury in the Auckland Nines.

He made a successful return to the field in 2015, playing in 26 of 28 matches and performing a key role in the Cowboys’ charge to a maiden National Rugby League title.

The former Penrith junior has now played 33 matches for the Cowboys, scoring eight tries and kicking a field goal.

Green said Coote was a class act who was playing some of the best rugby league of his career.

“His positional play at fullback is second-to-none and he gives us a genuine attacking option alongside our halves. I know his teammates love playing beside him and he’s a pleasure to coach.”

Photo: Lachlan Coote in action in the 2015 Grand Final won by the Cowboys (nrlphotos.com)