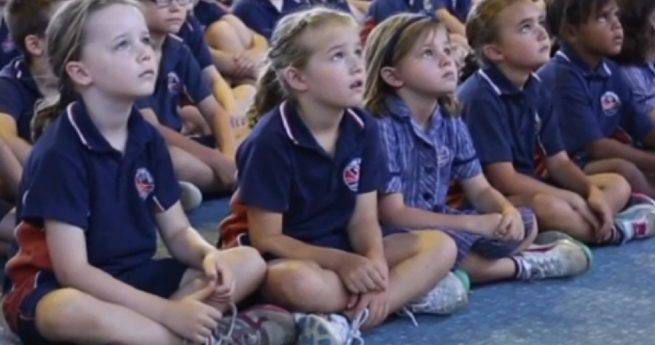 More than 255,000 children have experienced Rugby League’s “Health and Wellbeing” program as part of the 15th annual Community Carnival.

Delivered at 965 schools and 77 Junior League clinics in 383 towns across Australia and New Zealand, this year’s campaign kicked off with the support of wellbeing advocate Cathy Freeman and NRL Community Ambassador Anthony Minichiello, and finished this week with visits to more than 4,200 children in Perth.

“The 15th anniversary of Community Carnival has been a great success. We’ve seen tremendous efforts from all of the players, Ambassadors, Development Officers and NRL Clubs,” said NRL Head of Community, Adam Check.

“Players have delivered the health and wellbeing program to students in regional areas as far as Alice Springs in the Northern Territory, to Tingha in New South Wales and Rotorua in New Zealand, travelling more than 40,000km along the way.

“It’s been a far-reaching campaign and we hope to have made positive changes to the attitudes of young people towards health and wellbeing.”

This year the NRL focused on empowering and educating students to value wellbeing in their own lives.

Ambassadors, players and staff were armed with teaching resources mapped to the Australian and New Zealand Curriculum, which demonstrate how important nutrition, physical activity and mental health is to overall wellbeing.

Students were also encouraged to become more involved in Rugby League through the playNRL.com portal.

“This has also been a landmark month in terms of additions to our NRL Community Ambassador program,” said Check.

“Over the past four weeks, we’ve announced Jerome Ropati as our first ever New Zealand Ambassador, Bryan Norrie as the first Melbourne based Ambassador, and welcomed Anthony Minichiello, Brent Tate, Luke Bailey and Nathan Merritt to the program.”