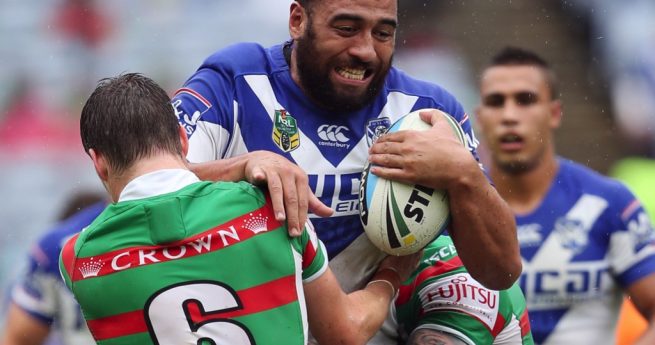 ANZ Stadium will host two NRL blockbusters over the Easter break with the Rabbitohs vs Bulldogs on Good Friday and Wests Tigers vs Eels capping off a long weekend of football on Easter Monday.

North of the border, the Broncos will play host to the Cowboys on Good Friday in a Grand Final rematch that is sure to attract plenty of interest and competitiveness.

Fans heading to ANZ Stadium will be able to take advantage of special Easter offers, with public transport (trains, buses, ferries) to and from both matches included in all pre-purchased tickets and NRL Club Memberships.

Families can also purchase tickets for as little as $50 for four people to a match and Clubs will have a range of entertainment lined up for kids, before, during and after matches at ANZ Stadium and across the round.

The NRL action at ANZ Stadium will coincide with the 2016 Sydney Royal Easter Show and with upwards of 100,000 people expected each day in Sydney Olympic Park over Easter, fans are strongly encouraged to take advantage of additional public transport services and the fact the cost of transport is included in their tickets and NRL Club Memberships.

NRL Chief Commercial Officer, Michael Brown said matches over the Easter long weekend should make for some spectacular football, with teams preparing to stamp their authority on opponents and the Telstra Premiership.

“The Easter rivalries are some of the oldest in the competition and there’s plenty of pride on the line,” said Brown.

“I’m looking forward to heading to matches and taking in the atmosphere as fans and teams unite to create their own history.”

Rabbitohs player Adam Reynolds said the Good Friday match against the Bulldogs was always a big occasion and the team was preparing for another physical encounter on-field.

“It’s been a good start to the season so far, but we’re under no illusion that Friday’s game will be a huge challenge against the Bulldogs and we’re urging all our fans to head to ANZ Stadium and cheer us to a win,” said Reynolds.

Wests Tigers player Robbie Farah said the Easter Monday match was a crucial game against the Eels and the team was looking to put in another strong performance.

“We’ve had terrific support from our fans so far this season and we really want to make sure we aim up against the Eels and secure a win,” said Farah.

Fans are encouraged to head to their Club website to find out all the Easter specials and match-day activities planned across all games.

Photo: Sam Kasiano in action against the Rabbitohs in the 2015 Easter Weekend clash (nrlphotos.com)